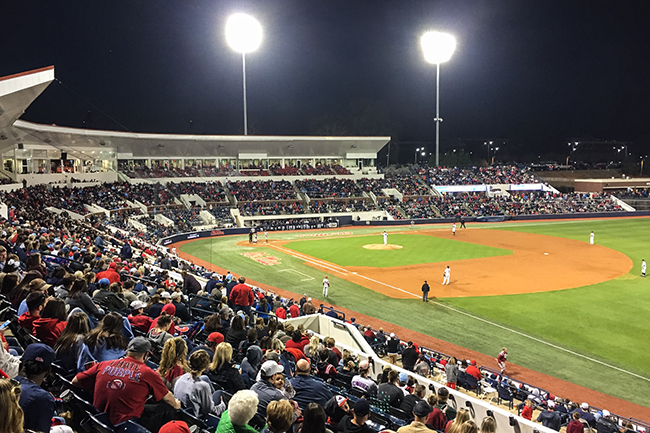 The Pittsburgh Pirates didn’t sign right-hander Gunnar Hoglund by Friday’s 4 p.m. CT deadline for MLB teams to ink their high school draft picks, according to MLB.com’s Jim Callis. Hoglund, a 6-foot-4, 210-pound right-hander out of Fivay High in Florida, was taken by the Pirates in the competitive balance round of the MLB First-Year Player Draft last month.

More specifically, the Pirates drafted Hoglund with the 36th overall pick, which came with a recommended signing bonus of $1,967,900, according to MLB.com. Shortly after being drafted, Hoglund told the Tampa Bay Times that he had verbally agreed to terms with the team and would fly to Pittsburgh soon to sign his contract, but that never happened.

Instead, the Pirates will receive a compensatory pick in next year’s draft for failing to sign Hoglund while Hoglund will be at Ole Miss for at least the next three seasons, possibly giving the Rebels an immediate-impact arm. Players that attend four-year schools aren’t eligible to be drafted until they’re three years removed from high school or 21 years old, whichever comes first.

Hoglund, who’s already enrolled in summer school at Ole Miss, could immediately contend for a spot in a weekend rotation that needs three new starters with the draft claiming Ryan Rolison, Brady Feigl and James McArthur. Houston Roth, Will Ethridge and Jordan Fowler are already on the roster and will be heavily in the mix, but Hoglund showed elite command this spring of a three-pitch repertoire that includes a fastball that sits in the low 90s, posting a minuscule 0.27 earned run average in 52 1/3 innings with 105 strikeouts and just two walks — both coming in his final start of the season.

He’s part of a talented group of incoming arms that includes Arkansas prep left-hander Kaleb Hill and junior college transfer Zack Phillips, both of whom could also make a push for a rotation spot.

MLB.com had Hoglund ranked as the No. 66 overall prospect heading into this year’s draft — the second-highest ranked Ole Miss signee behind Hattiesburg outfielder Joe Gray, who signed with the Milwaukee Brewers for the full slot value of $1,113,500 after being selected in the second round.

Ole Miss’ Ronnie Hamilton gives up one dream for…