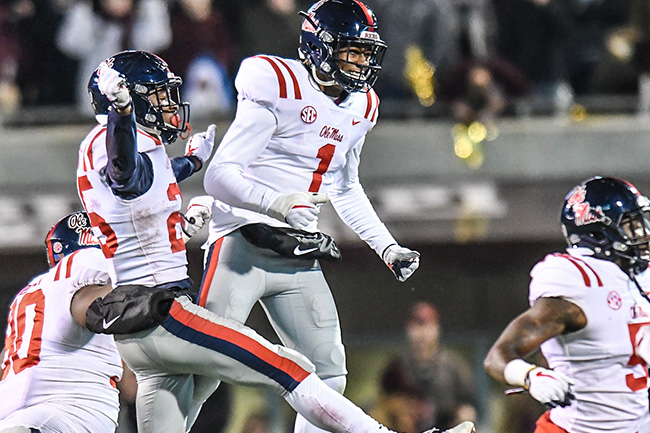 Fall camp is still a few weeks away, but Ole Miss’ secondary has already taken a hit.

Cornerback D.D. Bowie is leaving the program for personal reasons, according to a statement from coach Matt Luke, leaving a vacant spot in the two-deep at the position. Bowie has signed a National Letter of Intent with Northeast Mississippi Community College, according to the National Junior College Athletic Association website.

“We have supported D.D. every step of the way and wish him the best as he moves forward,” Luke said in the rest of a statement issued Monday afternoon.

The highest-rated recruit in Ole Miss’ 2017 signing class, the 6-foot, 180-pound Bowie was expected to be a significant contributor in the secondary with his length and athleticism at corner. He was listed as a backup to Jaylon Jones on the Rebels’ roster heading into fall camp after playing in eight games with one start as a freshman. He finished with six tackles and a pass breakup.

Bowie’s departure likely means an increased role for senior Javien Hamilton in a cornerback rotation that includes Jones, senior Ken Webster and junior Myles Hartsfield, all three of whom have starting experience. Freshmen JaKorey Hawkins and Keidron Smith will join the competition in fall camp while athlete Tylan Knight could also get a look there.

Helping the depth at the position is the unexpected return of Jalen Julius, who announced his intention to transfer back in December. But Julius is listed on the fall roster and will wear No. 26 this season.