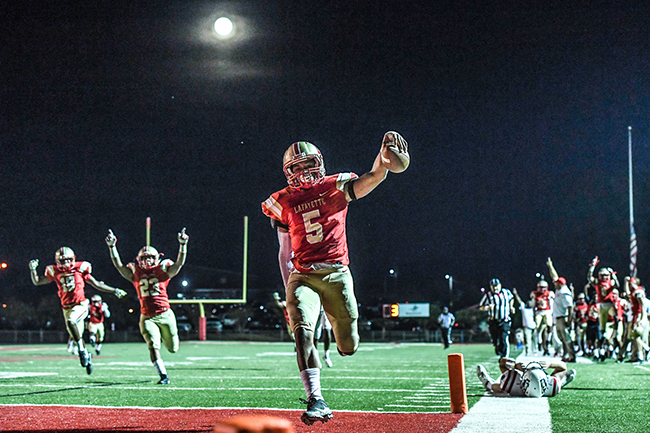 In the words of nearly every sports fan whose team’s season comes to a disappointing end: there’s always next year.

For high school teams in Mississippi, next year is here.

The Mississippi High School Activities Association’s 2018-19 athletic year begins today with volleyball kicking things off. With it comes the renewal of hope. Teams starting fresh, forgetting how the year before might not have worked out in their favor.

It is no different for Oxford, Lafayette and Water Valley.

Last year was not a smooth transition for Oxford in their freshman year in Class 6A.

Coming off nine team state championships during the 2016-17 school year, the Chargers saw growing pains in moving up from Class 5A. Going from one of the bigger fish in the pond to falling down the food chain a few pegs was rough for a few sports.

The Chargers’ football team missed the playoffs for the first time since 2011, falling to Tupelo in the final game of the regular season. Oxford’s soccer teams also found it difficult in the tougher environment of the 6A postseason. The reigning 2017 5A state champions were unceremoniously ousted with first round losses to Madison Central.

One of the most dominant tennis programs in the state’s history experienced adversity. The Oxford tennis program saw their 10-year run of state championships ended with a second round loss at Madison Central.

Lafayette also saw their share of struggles in the new world of Class 5A. The Commodores essentially replaced Oxford in most regions and though the transition provided historic firsts, it also saw some Commodore teams unable to continue with their winning ways.

The football and girls’ basketball teams departed 4A with state championship trophies as parting gifts. Yet, they were unable to find gold their in their new surroundings.

The football team suffered injuries and bad luck, halting their streak of consecutive postseason appearances at 16. The Lady Commodores made it to the 5A semifinals before seeing their chase for a second consecutive state title.

A bright spot for Lafayette last season came as the tennis team made their first state title match appearance and won their first state championship in program history. The Commodore netters thrived in their new environment.

August provides a chance to cleanse teams of failures and wipe the slate clean.

Water Valley stayed put in Class 3A, but there were still changes for the Blue Devils.

The football team got things turned around with a return to the postseason after a 2-9 2016 campaign. The Blue Devils finished the regular season with eight wins and played for the 2-3A region title.

After all, there is always this year.

MHSAA throws their hat into the gaming ring with…