What to know about Meet the Rebels event 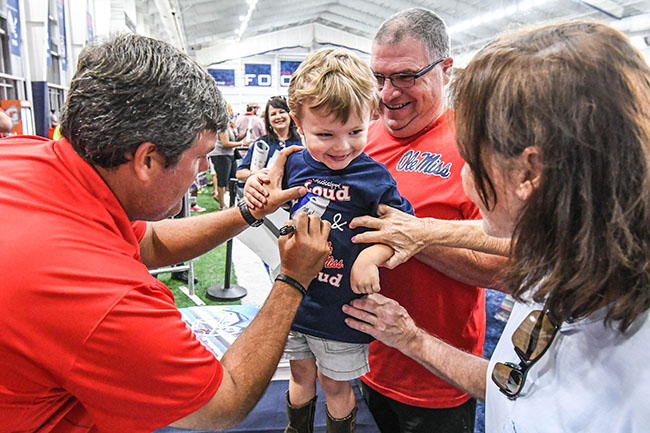 Ole Miss will hold its annual Meet the Rebels Day on Saturday at the team’s indoor practice facility in the Manning Center.

The school announced earlier this week that the Rebels’ new on-field mascot will be unveiled as part of the festivities, which will run for two hours beginning at 1 p.m. Ole Miss officially adopted the landshark as its official mascot back in October.

Admission is free while autograph lines will be first-come, first-serve. Here’s some more information pertaining to this year’s event:

• Fans should park in The Pavilion parking lot and enter the west side of Vaught-Hemingway Stadium through Gate 33. From there, fans will be able to enter the team tunnel on their way into the event.

• If accompanied by up to two parents/guardians, active Rebel Kids Club members will be allowed to enter at 12:30 p.m. on the east side of the facility by the Grill at 1810.

• The football, soccer, volleyball, rifle and spirit teams will greet fans and sign autographs. Fans are limited to one autographed item per individual player or coach while photos or video with football players isn’t allowed. Fans won’t be allowed to save spaces in the autograph lines, and any fan who exits a line must re-enter at the end of the line.

• The Ole Miss ticket office will be selling football season tickets, mini-plans and single-game tickets. Lunch will also be available for purchase.