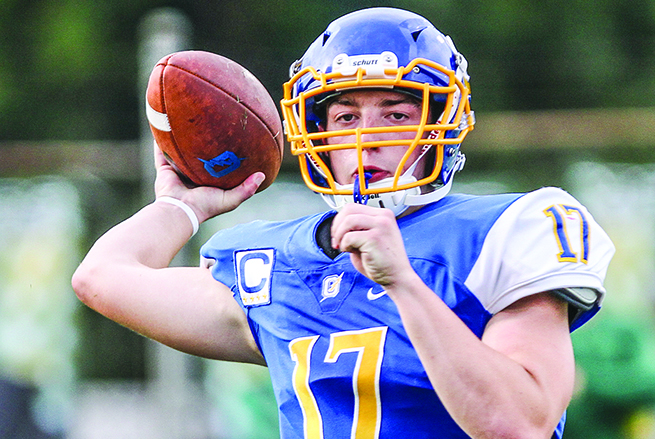 With last week’s weather-shortened game against Warren Central considered a no contest by the Mississippi High School Activities Association, the Oxford Chargers enter week two with a pristine 0-0 record.

Tonight, Oxford will be put to a difficult test in their first official game as Starkville comes to town for the 6th annual Little Egg Bowl (7 p.m., 95.5 FM).

“It worked like it was an extra jamboree,” Oxford head coach Chris Cutcliffe said. “We basically played a half. This time of year it’s really all the same. Your record doesn’t really carry a lot of weight yet until you get to district play. It’s like these are five one-week seasons because each game is its own deal and doesn’t really carry any weight in terms of playoff seeding. You just want you play as well as you can each week.”

The Yellowjackets (1-0) are considered heavy favorites to bring home the Class 6A state championship this year, one season shy of falling short against Pearl in the 2017 title game.
The Little Egg Bowl began in earnest in 2013. Oxford won the first meeting on the road, a 35-24 victory before Starkville claimed the next four, including a 28-21 overtime thriller last season.

In the past six meetings, the margin of victory has been close at 14.5 points.

“We know it’s a great team coming to town,” Cutcliffe said. “(Our players) definitely treat it as a rivalry game. I think it just kind of naturally happens because of Ole Miss and Mississippi State, but I think they take a lot of pride in the game and there have been some really good games over the past few years. It’s definitely something our kids want to turn the tide in and bring the trophy back to Oxford.”

Starkville logged a 30-6 win over in week one, with a balanced attack on offense.

Sophomore Luke Altmyer runs the offense under center and threw for 124 yards and two touchdowns against the Tigers.

Senior Rodrigues Clark leads the ground game and had 109 yards and a touchdown on 16 carries last week.

During the Aug. 17 game, the Yellowjackets rushed for over 234 yards, something that could be an issue for the Chargers defense who allowed Warren Central to rack up 161 yards and two touchdowns on the ground in two-quarters of play before the game was called.

Oxford’s defense was down a pair of linebackers due to an injury and a death in the family but will be back to full strength this week.