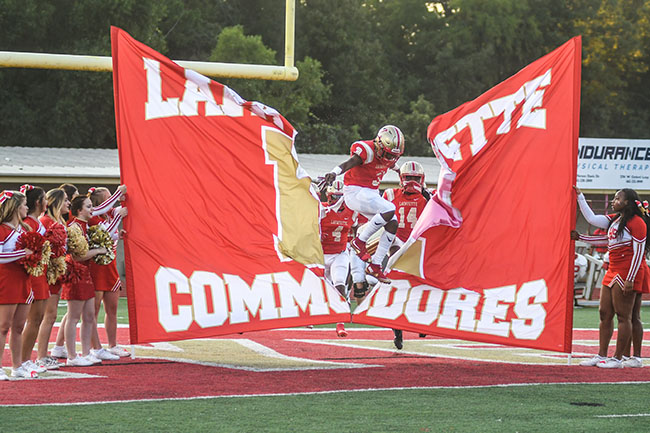 Mike Tyson once said everyone has a plan until they are punched in the face. In the first two weeks of the season Lafayette has been the fist that is disrupting game plans.

The Commodores have looked unstoppable in the early part of the year, including their two-quarter jamboree against South Panola. The first challenge comes this week in the form of North Panola.

The two undefeated teams square off in Sardis on Friday (7 p.m., 105.1 FM) in one of the marquee matchups of week three.

Lafayette (2-0) is off to their best start to a season under head coach Michael Fair. Since Fair took over the Commodores have never won their first two games, including their championship season in 2016 where they started 0-2 before they won the rest of their games. Last year was a 0-5 start and with 2018 bringing success early, Fair is making sure his team is staying grounded.

“Our record is never brought up here,” Fair said. “This is such a mature football team and a great coaching staff. We celebrated Friday night and then when all those guys get in here Monday, we’re starting all over again. There is some carry over and there’s some confidence that goes along with it, but we’ve got a big task this week.”

The task is to find a way to slow down North Panola (2-0) and superstar quarterback K.J. Jefferson. A dual threat under center, Jefferson is the biggest weapon the Cougars possess, and quite frankly all they need to march their way to the Class 3A North Half title game and possibly even further.

In the his first two games Jefferson has combined for 484 yards of total offense and six touchdowns, scoring one of them on the ground. Through the air Jefferson has completed 21 of 29 passes for 390 yards and five touchdowns. He has also rushed for 93 yards on nine carries.

“The talent that North Panola is going to have (Friday), especially at the quarterback position, is going to be tremendous,” Fair said. “(Jefferson) has committed to Arkansas for a reason. Those SEC schools, they don’t miss, especially at that position. After watching a week’s worth of film on him I don’t know why he doesn’t have 14 SEC offers. He’s really good and just exudes confidence.”

Jefferson is, and should be, the focal point for any team’s plan to slow down North Panola’s attack but there are other players who can trip defenses up if they are not paying attention to the entire field.

“Our thing is don’t give up anything cheap,” Fair said. “Your role on the defense is necessary this week probably more than any other week. If you come up and try to do somebody else’s job they’re going to exploit us just because of the talent that (Jefferson) has.”