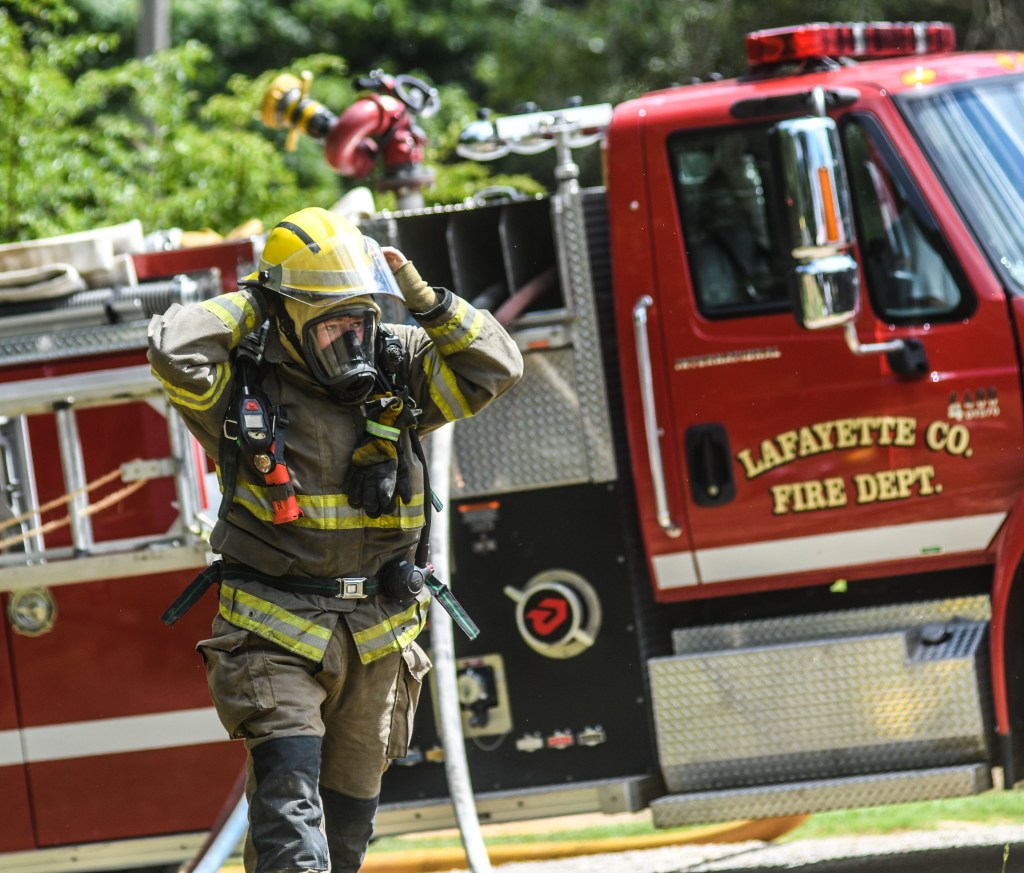 Lafayette County fireman Thomas Graning responds to a fire at a house near Oxford, Miss. on Tuesday, July 10, 2018. The Lafayette County Fire Department Central Fire Grading District has been upgraded to to a Class 6.

The Lafayette County Fire Department Central Fire Grading District has officially been rated as a Class 6 by the Mississippi State Rating Bureau, which will lead to lower insurance premiums for residents in the district.

According to a statement from LCFD, MSRB rating is a strict process that measures fire department capabilities, manning, water infrastructure and flows, communications, building and fire codes and publications, among other things. Areas in the central district were previously rated as Class 7 and 10, which means those residents were paying higher insurance premiums than those in districts with a lower class.

“The main thing that attributed to this rating increase is Campground Water, Hopewell Water, East Oxford Water, the City of Oxford, all those water associations,” said Lafayette County Fire Coordinator Wes Anderson. “The City was good as it is, and the others increased the size of the lines that are in the ground and accessible fire hydrants. That was the biggest impact.”

Other factors that impacted the central district’s new rating, Anderson said, are the addition of more part-time workers at the central fire station, the department’s inspection program and its public education program.

The addition of LCFD Fire Station 17, located off Highway 6 East near Tuscan Hills and Highlands subdivisions, also allowed the department to expand the central district, Anderson said. The LCFD Central Fire Grading District now covers a stretch of land from Highway 30 to Highway 6 East, which includes Timberlake, Tuscan Hills and The Lakes, as well as Brittany Woods, which will be removed once it’s annexed into the City of Oxford later this month.

District 1 Supervisor Kevin Frye said he’s thrilled the county has this opportunity to save its taxpayers a few extra dollars.

“Because the central district is now a Class 6, this saves people who were already in the district some money, plus all the new people in the district. That’s really nice, and it’s something we were not expecting,” Frye said. “It was a surprise to all of us, so we’re excited about this news.”