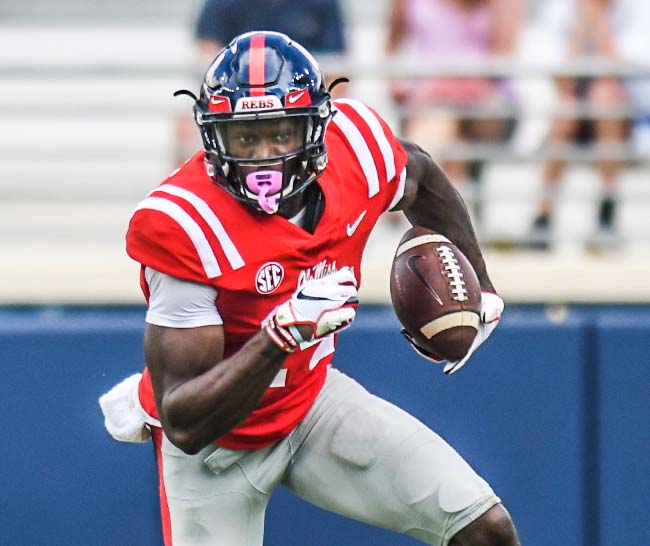 Two members of the Nasty Wide Outs are now being considered for the award honoring college football’s best wide receiver.

It was announced on Tuesday that D.K. Metcalf was added to the Biletnikoff Award watch list, joining A.J. Brown who was named to the list in the preseason.

The Biletnikoff Award recognizes the season’s outstanding FBS receiver regardless of position. Tight ends, running backs are considered along with wide receivers.

Metcalf was one of 11 receivers added to the list, the Tallahassee Quarterback Club Foundation announced.

Through four games, Metcalf has 18 catches for 368 yards and 4 touchdowns. He ranks 22nd nationally and third in the Southeastern Conference, behind Brown (381 yards) and Missouri’s Emanuel Hall (430).

Against Kent State, Metcalf caught 6 passes for a game-high 102 yards and one touchdown.

The 2018 Biletnikoff Award winner will be presented live on Dec. 2 during the Home Depot College Football Awards show on ESPN.