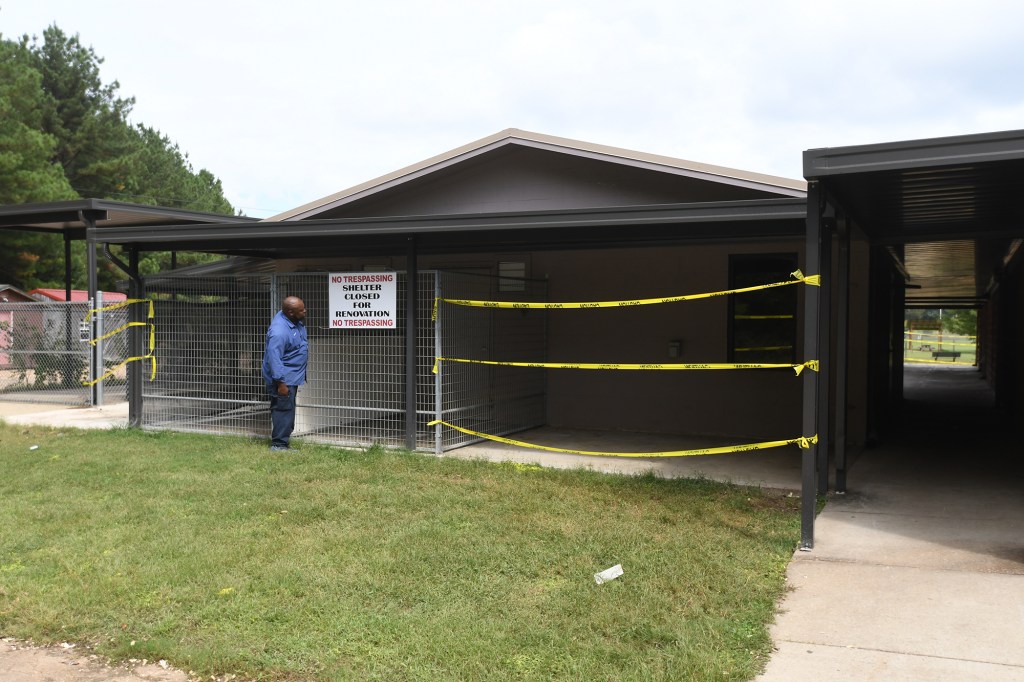 The Oxford Lafayette Animal Shelter, in Oxford, Miss. on Monday, October 1, 2018, is currently closed due to repairs. When it reopens Mississippi Critterz will be running the facility. (Bruce Newman, Oxford Eagle via AP)

Mississippi Critterz, the organization taking over the City of Oxford’s animal shelter building, has asked Lafayette County for more funding

The request came during Monday’s regular meeting of the Board of Supervisors from Mississippi Critterz director Gail Brown.

“We are proposing that the county pay exactly what the City pays, which is $78 per animal,” Brown said to the board.

In the proposal from Mississippi Critterz, Brown cited numbers available from the Oxford-Lafayette Humane Society, the former tenant of the animal shelter building.

In August, OLHS elected not to renew their contract with the City of Oxford to run the animal shelter, closing the doors on Sept. 30.

According to the data, 702 animals were dropped off from individuals living inside the Oxford city limits in 2017. For the county, 1,035 animals were surrendered to OLHS. All other animals given to OLHS came from outside communities, with many coming from neighboring counties Panola and Yalobusha.

“There have always been more animals at this point that come in from the county than from the City of Oxford,” Brown said.

Using the $78 per animal total and the number of animals taken in during 2017, the proposal totaled $92,830.50 requested from the county.

The money, Brown said, will go towards animal vaccinations, supplies, payroll and other necessities as well as a 15 percent management fee, Brown said.

The City will pay Mississippi Critterz $11,250 a month, which is the same amount Oxford paid to OLHS.

“We are asking, because we are a new organization, and we do have to furnish a building and the animals food and everything, so what we are asking is that you consider a contract and pay the $78 per animal and to look at the total amount of animals taken in last year, and give us three months (of money) so that we can secure all the things that we need,” Brown said.

However, several supervisors expressed concern at paying the amount requested without any current data, especially with Oxford’s recent annexation of 12 square miles of county land.

“My concern is that the dynamics (between the city and county) are changing completely and you are asking us to pledge $92,000 based on a number that we know is going to change only because you aren’t taking any out of county animals,” District 5 Supervisor Mike Roberts said. “I would be more comfortable if there was some sort of review period where we saw a trend of how many animals are brought in.”

On average, OLHS took in over 4,000 animals. Brown estimates that Mississippi Critterz will take in less than 2,000 animals a year.

Surrendering animals to the shelter will require individuals to provide proof of residency via a driver’s license, utility bill, lease or other documents, Brown said.

After some discussion, the board agreed for county attorney David O’Donnell, District 3 Supervisor David Rikard and District 4 Supervisor Chard McLarty to work with Brown to draw up a contract that will be reviewed at the Oct. 15 meeting.