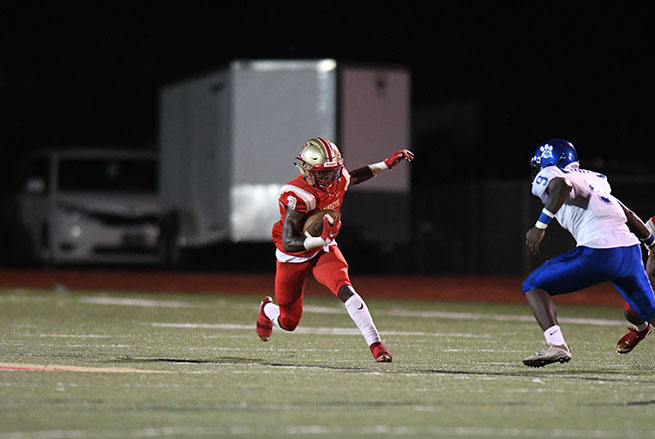 Coming off two consecutive losses by a combined three points, the question was how Lafayette would respond facing such adversity.

The answer was loud and clear on Friday in their 47-8 win over Saltillo for their first Region 1-5A win of the season.

The Commodores (4-2, 1-1 1-5A) put themselves right back in the hunt for a possible region title — albeit with some help — and a postseason berth with the victory.

“The thing I was most pleased with was I thought our effort was really good,” Lafayette head coach Michael Fair said. “I thought our kids played really good last Friday night. We’ve got to do that. You kind of get in a rut and this time of year it’s just kind of a grind and for our kids to have the same effort as the previous week was big for us.”

Getting back to their winning ways was vital this week with a quick turnaround. The week is short for the Commodores, who are traveling to Lewisburg for a rare Thursday night game (7 p.m., 105.1 FM). Like Oxford’s game at DeSoto Central, this was a planned game due to Lafayette having Fall Break on Friday and next Monday.

Fair and his staff have been prepared for losing a day of preparation and are intensifying their practices.

“We kind of compressed some things that we normally would do in four days. We just compressed it to three,” Fair said. “We didn’t’ bring them in Sunday. After a good game Friday night I decided to let their bodies heal up. We’re actually going to practice (Wednesday) a little bit more than we would the day before a game. We’ve really gotten after it Monday and Tuesday like a normal week.”

Blake Speed is the Patriots top rusher with 257 yards and two touchdowns.

Ole Miss’ Markel Winters playing with his future in…