Ole Miss’ Hibbler figuring it out on defense 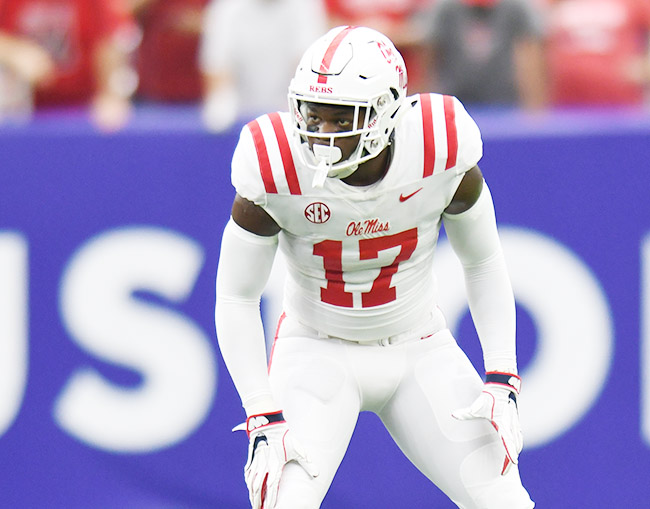 Willie Hibbler had to make adjustments. An offensive player his whole life, Hibbler was recruited and shifted to linebacker once he arrived to Ole Miss in 2015.

The past three years have been a work in progress for the Sardis native.

Last week at practice there was a moment that Hibbler noticed something clicked when teammate Mohamad Sanogo and others talked to him following a play.

“I just decided to take a step,” Hibbler said. “I decided to push myself and my teammates pushed me to come out of my shell and do stuff I normally wouldn’t do. It’s panning out for me. (At practice) some guys pushed me and told me I needed to run to the ball more and I need to do this and that. Them pushing just brought me out and I had a great Tuesday practice (last week).”

After redshirting his freshman season, Hibbler played in eight games in 2016 with one start. In 2017 he played in 11 games but as a backup linebacker. This year, Hibbler has played in all seven games, but only recorded a tackle.

It’s a step in the right direction in terms of progress for Hibbler, who has had a tough time transitioning to defense.

During his four years at North Panola, Hibbler spent all his time on offense. In an injury-riddled senior season, Hibbler caught 15 touchdowns while rushing for 106 yards and a touchdown.
For four years Hibbler was the one evading would-be tacklers. Once he got to Ole Miss he became the one who was doing the tackling.

Hibbler started fall camp with the starting unit but as the month of August progressed he began to fall down the depth chart. It was a moment that Hibbler realized he needed to change the way he went about things, physically and mentally.

“I knew I had to get in better shape,” Hibbler said. “I wasn’t running to the ball as much as I could. (Linebacker) coach (Jon Sumrall) pushed me. He always talked to me told me he knew I had more in me. It was up to me to find it.”