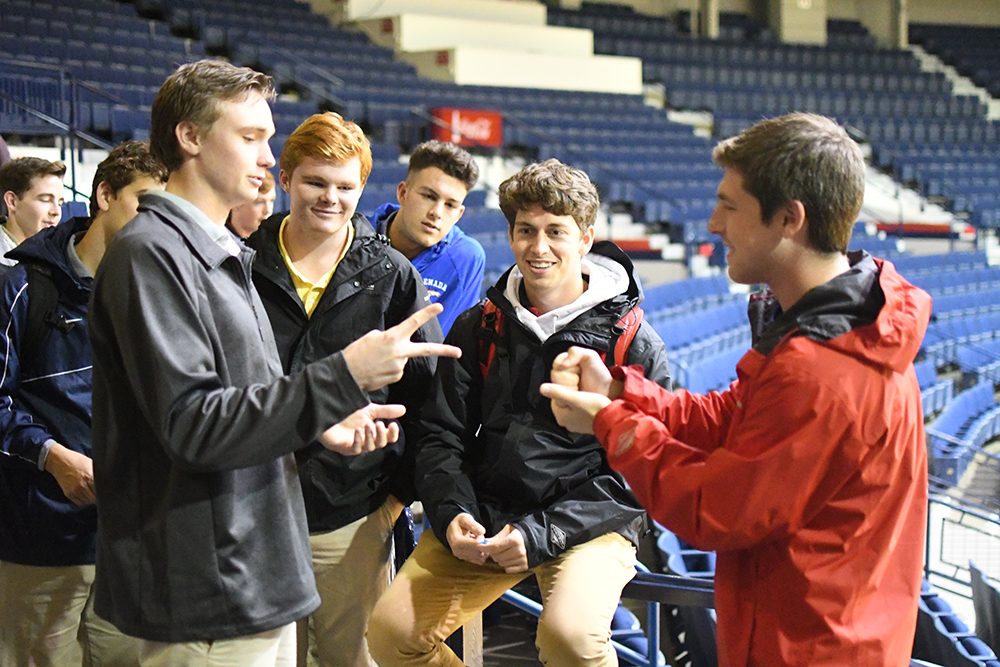 The climate was intense as participants battled to win the best two of three matches in a rock, paper, scissors tournament at the Tad Pad Coliseum, each trying to get to the championship round instead of tearing off their wristbands in defeat.

On the other hand, participants’ $1 entry fee and donations benefitted the soon-to-open William Magee Center for Wellness Education — a center to offer educational, supportive and preventive efforts to fight alcohol and drug misuse at the University of Mississippi.

“That (substance abuse) is a big part of the college community that people have to struggle with,” said Matthew Edwards, senior chemical engineering major and co-director of philanthropy for the Associated Student Body.

The tournament idea stemmed from a joke Edwards made about playing rock, paper, scissors.

When his peers saw it as a good idea, Edwards, along with several UM organizations, set out to hold the event and beat the current record for the world’s largest rock, paper, scissors tournament at 2,950 people.

“We realize that as large organizations, we have these big communities and we have a large voice,” Edwards said. “We wanted to use that large voice to spread a message.”

By trying to break a record for a philanthropy event, the goal was to peak interest. With that peaked interest, the organizations could raise awareness for the center and push the attention to it, Edwards said.

The William Magee Center for Wellness Education honors the UM alumnus whose death was a result of drug use.

William Magee, son of David and Kent Magee of Oxford, enrolled at the university in 2008 as a student in the Sally McDonnell Barksdale Honors College and the Croft Institute for International Studies.

A member of the track team and Sigma Nu fraternity, the shy, sometimes anxious Magee started using alcohol and drugs. Yet and still, he graduated, and made progress with his alcohol and drug misuse because of rehabilitation centers.

However, the 23-year-old died of an accidental drug overdose not long after relapsing.

The center, projected to open in 2019, will be housed in the new South Campus Recreational Center.

By the end of the tournament, the organizations raised at least $367 from the entry fee but other donors are still contributing so ASB doesn’t have a final number, according to Annie Williams, director of philanthropy for ASB. Joe Twitchell, a senior mechanical engineering major, was named the champion.

Although the record wasn’t broken and the turnout wasn’t the record-breaking 3,000 participants he hoped for, Edwards said the tournament laid the foundation for years to come.

But, more importantly, he said it raised awareness.

“I had a lot of people come up and say, ‘I’ve never heard about the William Magee Center until I heard about this event,’” Edwards said.