Ole Miss returning to Mississippi Coliseum for first time since 2007 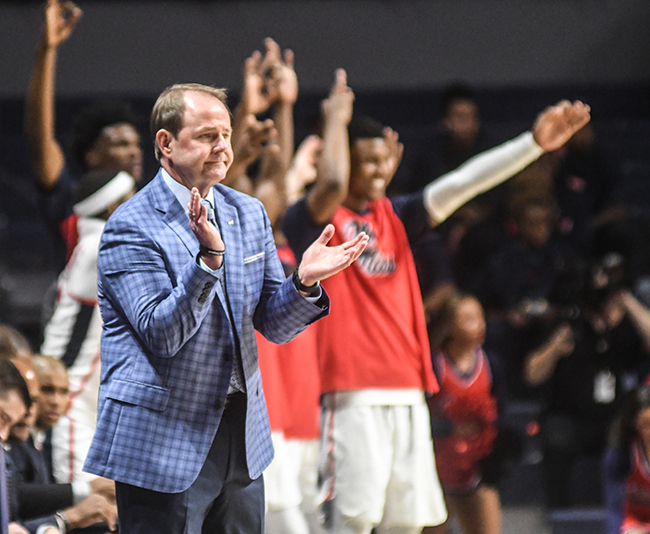 A neutral floor road game is another chance to play a decent non-conference team on the schedule, but it’s also more. The program wants to play this sort of game throughout the state, moving forward, as a way to connecting with the multitude of Ole Miss fans that live throughout the state, not just in Oxford.

“When we first got the job and were finishing up scheduling, I told them that’s something I really wanted to do,” said head coach Kermit Davis. “We just wanted to see how the game goes, as far as attendance and interest level. And we’ll take it from there and see what we’ll do in years to come.”

The timing of the game makes sense. Teams all over the country struggle to fill a stadium in non-conference play, and Ole Miss is no exception. This becomes even more of a challenge when the 23,000 Ole Miss students go home for winter break. Removing a home game from the schedule isn’t much of a loss, and it allows a team that went 2-12 last season away from The Pavilion to get more experience playing outside Oxford.

For the head coach, it’s his first time back in the Coliseum since 1978. The Leakesville, Mississippi native last was there for the 1978 North vs. South High School All-Star game.

“I think my dad and I were the first father-son to ever play in it. I think he played in 1955 and I played in 1978. I got a whopping two points for the North All Stars,” joked Kermit Davis.

As a roster, Ole Miss has four players from the state of Mississippi. Senior guard Terence Davis went to high school in Southaven. The last time he was in the Coliseum was a high school state quarterfinals loss in 2015.

“For me, it’s definitely something special. I haven’t played in Jackson since high school,” Terence Davis said.  “It’s special for me as a Mississippi kid to get to play in the capitol in college. It’s the first time and I’m really excited for it.”

While in Jackson, the team will be doing more than just playing basketball. They will make a Wednesday trip to the Children’s Hospital, as well as attending some Ole Miss alumni events and going to high school games. The game against Southeastern Louisiana from the Mississippi Coliseum will be Wednesday night at 6:30 p.m. on SEC Network +.