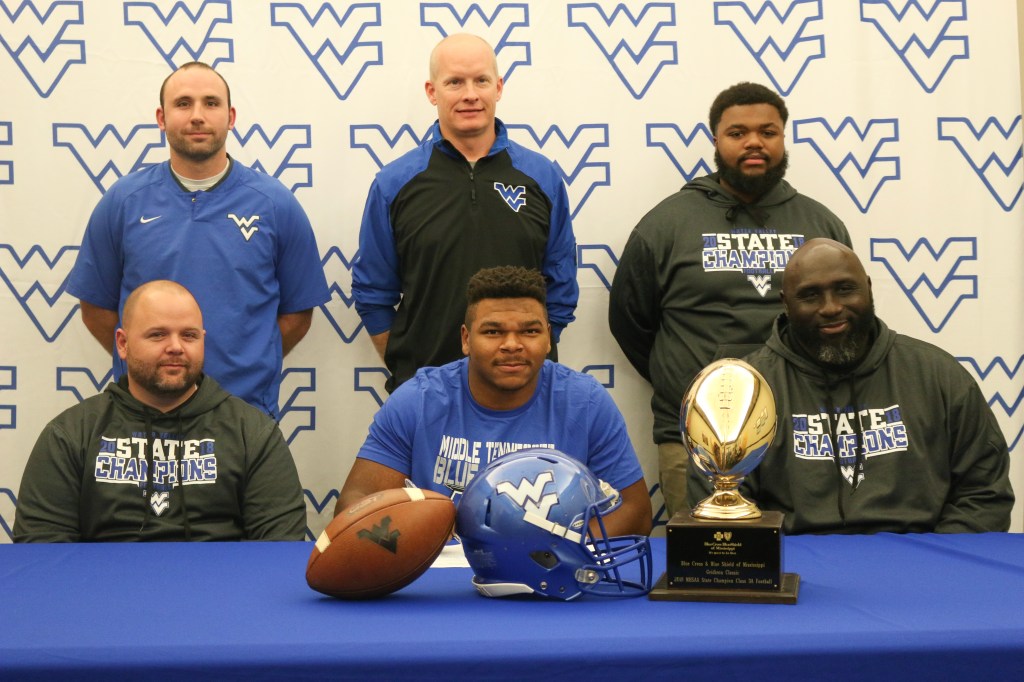 “It feels great to be honest. I came a long way. It’s been a lot of blood, sweat and tears,” Cooks said. “Those extra Sundays that I went out and ran a little bit more, those days after practice that I ran some extra. It’s all worth it.”

Listed at 6-foot-2 and 265-pounds, Cook is a little bit of a position-less tweener. He doesn’t have the length to play offensive tackle or the weight for guard. However, he excelled during his senior year at Water Valley starting at defensive tackle. From an interior line position that doesn’t bode itself well for numerical stats, Cook recorded 42 tackles and 14.5 tackles for loss his senior campaign.

Cook didn’t receive a ton of attention on the recruiting trail during his time at Water Valley. Middle Tennessee was just about the only school interested in him. He had the opportunity to pursue a junior college route, but said he felt like his talent would be wasted not going division one. Other schools tried to jump in on Cook when Water Valley began to have success as a team, but Cook decided to stick with MTSU.

“From the start, in June, they have showed me the most love and the most attention,” Cook said. “The only time colleges started to come in was when I made it to playoffs and we make it to state. Middle Tennessee’s been there since the beginning.”

Water Valley seniors will go out on the highest note imaginable. Nothing can top winning states. Cook will walk away at the peak. From one home to another, Cook said Murfreesboro has been on his mind for months, before giving them his verbal commitment earlier in December.

“I loved the environment at the games. When I went there it really felt like home,” Cook said. “I just felt like I knew where I wanted to be. My parents and I have been talking about it for a couple of months, but I knew that Middle Tennessee would be my home.”

Middle Tennessee went 8-6 in 2018 under head coach Rick Stockstill. Stockstill has been at MTSU since 2006, compiling a 87-78 record and appearing in bowl games five of the past six years. Earlier in December, they lost to Appalachian State in the New Orleans Bowl.