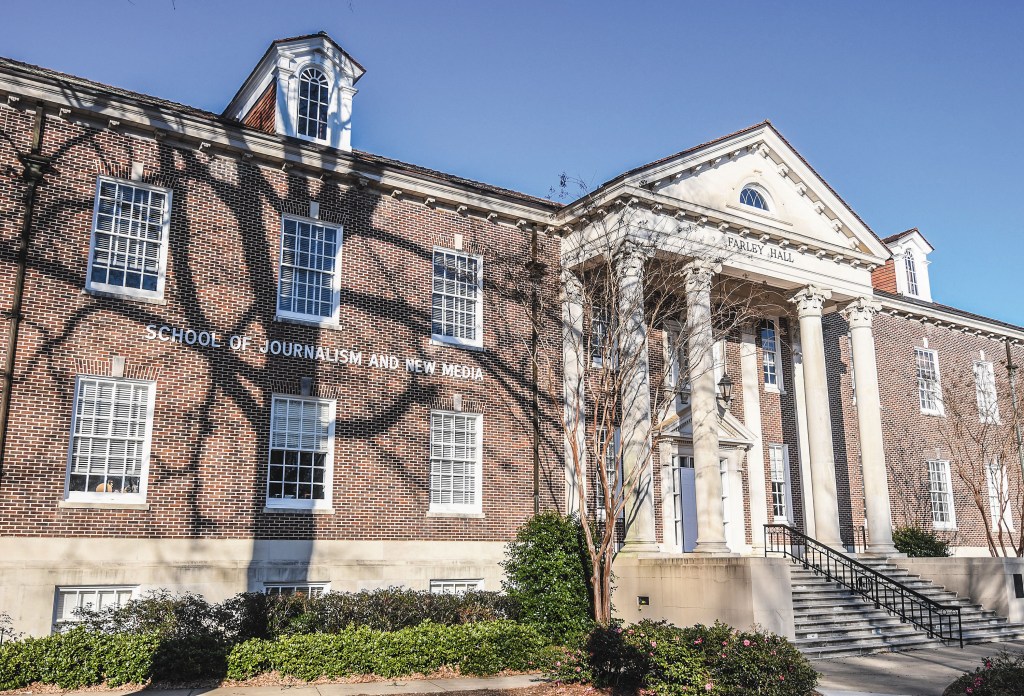 Ed Meek's name has been removed from the University of Mississippi's School of Journalism and New Media building, in Oxford, Miss. on Sunday, December 23, 2018. (Bruce Newman, Oxford Eagle)

The removal comes after Meek requested to have his name removed from the school on Sept. 22 following an outcry over his controversial Facebook post on Sept. 18 which caused several university organizations and students to demand Meek’s association with the journalism school be dissolved.

Meek, a two-time graduate of the university, donated $5.3 million to the journalism school and subsequently had his name added to it in 2009. The university employed him for 37 years before his retirement in 1999.

At the recommendation of Chancellor Jeff Vitter on behalf of Meek, trustees on the board of Mississippi’s Institutions of Higher Learning unanimously voted to strip Meek’s name from ‘Meek School of Journalism and New Media’ in October. His name renamed on Farley Hall for nearly two months following the board’s vote.

A decision on if there will be a new name chosen for the school and how that process will go moving forward has not been announced by the university.