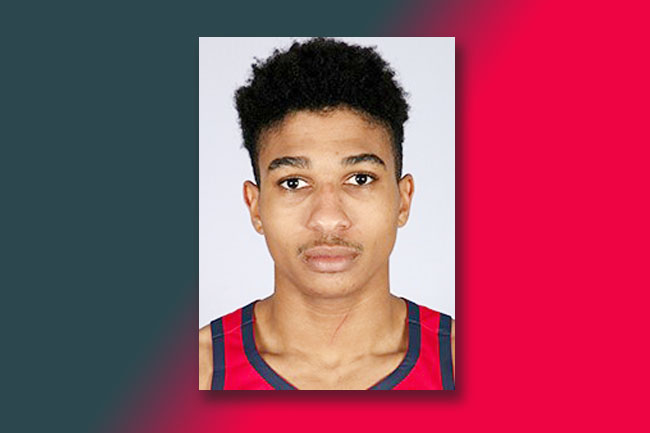 BIRMINGHAM, Ala. – After leading the Rebels to an 81-71 win at Vanderbilt to begin conference play, Ole Miss junior guard Breein Tyree was named SEC Player of the Week. Scoring the most points by any SEC player over the weekend, Tyree earned the accolade from the conference office for the first time in his career.

With a career-high 31 points, Tyree put the team on his back and led the Rebels to their eighth straight victory. Tyree’s output was the most points scored by a Rebel and a Vanderbilt opponent this season. No other player scored more than 23 points in an SEC opener. Making a career-high 11 shots, Tyree went 11 of 16 from the floor for a 68.6 percent clip. He got off to a hot start, draining his first six shots from the field and scoring 17 of his team’s 35 first half points. The Somerset, New Jersey, native produced his first career 30-point game and has scored at least 20 points in seven of the last 10 games. He was a perfect 6 of 6 from the line, making four free throws during the final six minutes to help keep Ole Miss ahead late in the game.

Tyree is having a monster junior season to this point. He is the only SEC player to rank in the conference’s top five in scoring (second at 18.4 ppg), field goal percentage (third at 53.7 percent), free throw percentage (fourth at 83.9 percent) and three-point field goal percentage (fourth at 42.6 percent). Tyree also cracks the SEC top 10 in playing time (sixth at 31.8 minutes per game) and three-pointers made (10th with 2.2 per game).

Tyree is the first Rebel to be named SEC Player of the Week since teammate Terence Davis earned the honor as a sophomore on Jan. 23, 2017.

Looking to increase their winning streak to nine games, Tyree and the Rebels are back in action Wednesday night at The Pavilion. Ole Miss hosts No. 12 Auburn at 6 p.m. CT on ESPN2.