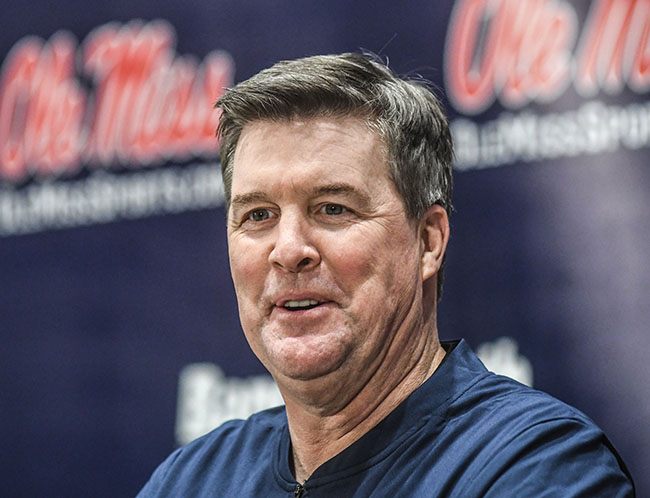 New Mississippi defensive coordinator Mike McIntyre speaks at a press conference at the Manning Center, in Oxford, Miss. on Wednesday, January 9, 2019. McIntyre most recently was the head coach at Colorado. (Bruce Newman, Oxford Eagle via AP)

With hirings officially announced by the school in December, a pair of new Ole Miss football coaches were introduced on Wednesday in a press conference from The Manning Center. For full video from Mike Macintyre and Rich Rodriguez, see below:

Lafayette Girls rebound with win over Grenada, but Linzy…