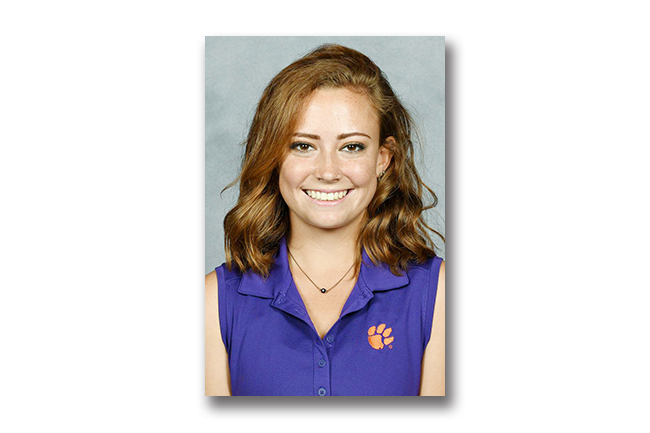 “We are excited for Kennedy to join the Ole Miss women’s golf program,” said head coach Kory Henkes. “She has proven that she can play at a high level with some great accolades from her time at Clemson.  Kennedy loves to compete and we have no doubt that she will enhance the competitive spirit of our team.”

“We look forward to watching Kennedy thrive as an Ole Miss Rebel.”

Swann joins Ole Miss from Clemson and immediately will be eligible to compete for the Rebels during this spring.

Swann was a two-year starter for the Tigers, including back-to-back trips to the NCAA Tournament. Her lone two seasons in the program saw her rank fourth in Clemson history in stroke average (75.10) and score to par (+3.40), including 14 rounds at par or better.

She became the first mid-year transfer in Clemson history, joining the program in January of 2017 and starting for the Tigers top-20 team in what should have been her second semester as a high school senior.

Swann, from Austin, Texas, had 36 career counting scores in 47 rounds during her career at Clemson. Her 120 career birdies at Clemson rank eighth in school history.