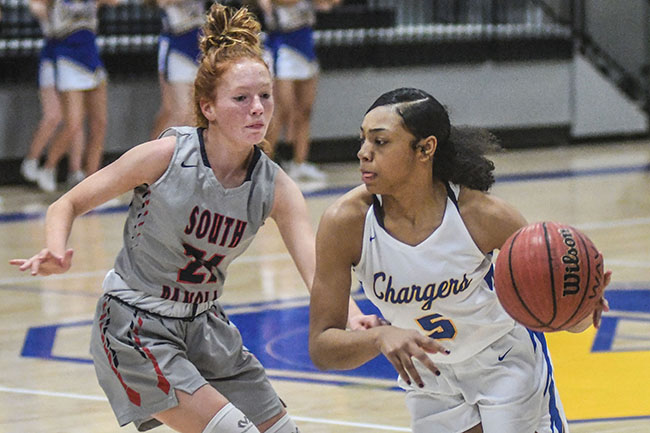 Both the Oxford boys and girls picked up a pair of critical division victories on Wednesday night at home against South Panola. The boys won by a score of 69-55 and the girls by a score of 42-36. With just three regular season games remaining before the Regional Tournament in Tupelo, the win advances the boys to 19-5 (2-3 in the division) and the girls to 14-11 (1-4 in the division).

While the boy’s record is good overall, they have struggled in the division. The win comes as a needed confidence boost down the stretch. However, the win comes even more critical for the girls. They were winless in the division entering the night.

After losing to South Panola by ten earlier this month, the Lady Chargers would get their revenge. Oxford trailed after one quarter and at the half but would rally back. Oxford outscored South Panola 26-17 over the final two quarters of play for the victory. With the win, the girls move to third in the division standings.

Only one division game remains for Oxford, a tilt on Friday night at home against Columbus. It’s the second meeting on the year between the Chargers and Falcons, with Columbus sweeping the first set of games back on Jan. 11. In those games, Columbus beat the Oxford boys 59-53 and the Oxford girls 58-17.