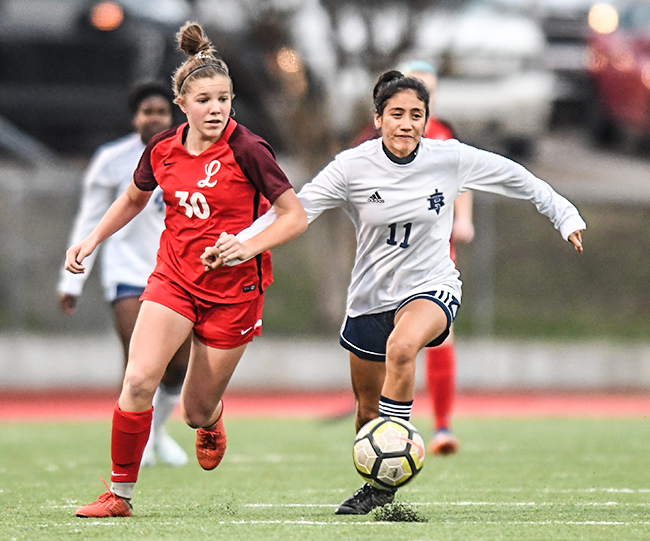 Both the Lafayette and Oxford girls kept pace this past Monday, winning first round playoff games they were expected to win. Playing in a different set of playoffs – Oxford is in Class 6A and Lafayette in Class 5A – both the Lady Commodores and Lady Chargers will go on the road Saturday for their quarterfinal matchups. Only three more wins until a champion is crowned.

The Lady Chargers got challenged in their playoff opener. Oxford fell down 1-0 to Clinton in the opening minutes of the game. They would score two second half goals and two more in an overtime period to beat Clinton, advancing the to their quarterfinal matchup against 14-5-4 Northwest Rankin. At 18-1-1, Oxford is yet to lose a game to a team from the state of Mississippi.

Oxford is on a seven-game win streak, but Northwest Rankin gave them quite a challenge at home back in December. In the only meeting between the two schools, Oxford won 2-1, but Northwest Rankin scored the lone second-half goal. Both leading scorer Morgan O’Connor and goalie Mary Anna Fulton would leave Monday’s game against Clinton with injuries in the second half but would return. There’s no reason to believe both will not be good to go against Northwest Rankin. The winner of this game will take on the winner of Tupelo and Madison Central on Tuesday.

Also going on the road are the Lafayette girls. They’ll travel to the Tennessee border to take on 10-7 Center Hill in the quarterfinals of the 5A Soccer Championships. Despite a slow start to the year, Center Hill has won four of their last five games, with the only loss to the No. 1 seed in the 5A playoffs, Lewisburg. The Mustangs went on the road in the first round of the playoffs to beat 12-6-1 Neshoba Central by a score of 4-0.

Lafayette (21-2) is riding a four-game win streak and haven’t given up a single goal since Jan. 17. In the first round of the playoffs, they shut out Ridgeland 3-0 behind goals from Hudson Lindsay, Lucy Wilson and Kate Moss. Lafayette and Center Hill did not play earlier in the year. The winner of the game will face the winner of Lewisburg and Saltillo on Tuesday.