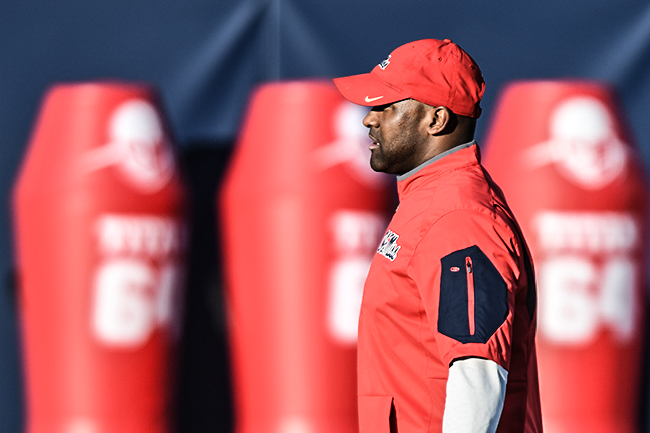 Ole Miss has parted ways with defensive backs coach Jason Jones after five years with the program, as first reported by Chase Parham.

McGriff was relieved of his duties back in November, just days following the end of the season. Ole Miss brought in Mike MacIntyre to run the defense in early January.

It shouldn’t be a surprise that there’s some changes in the staff under MacIntyre. Regardless of the qualifications of a position coach, many coordinators want their own hand-picked coaches underneath them. This becomes even more relevant when coaches like MacIntyre bring with them an entirely new scheme. The Ole Miss defense will run a 3-4 this coming year.

Jones played college football at Alabama and then spent five years on Mike Gundy’s staff at Oklahoma State before coming to Ole Miss.