Rebels facing toughest test to date with No. 7 Vols 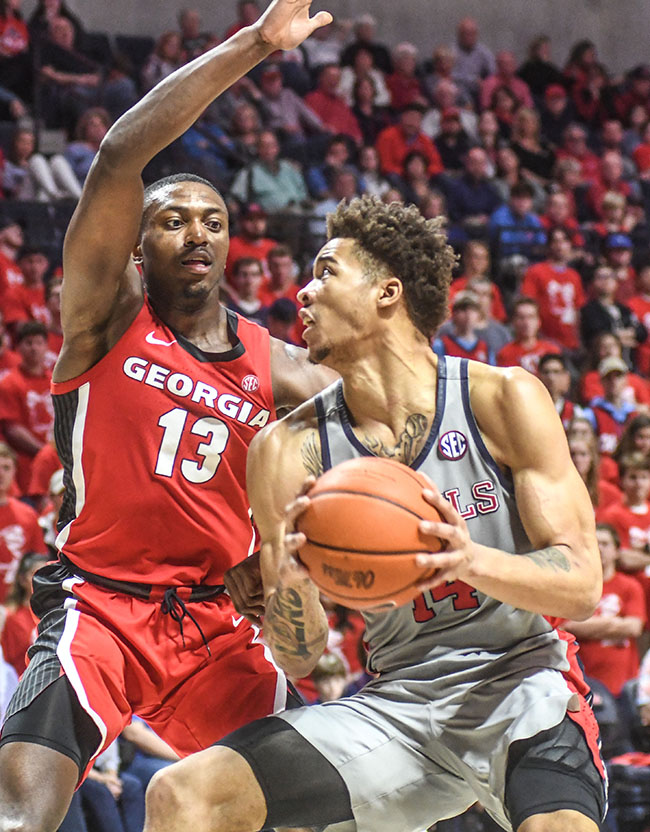 Georgia put the scare of God into Ole Miss on Saturday, a three pointer at the buzzer coming up short in a 72-71 loss at The Pavilion. Survival was the word of the night for the Rebels. They survived Georgia, they survived the controversy and they survived in their chances to gain a double-bye in the SEC tournament. They’ll need more than just survival instincts Wednesday night against one of the best teams in the nation.

In just about every way you can spin it, Tennessee isn’t just one of the best teams in the Southeastern Conference, they’re a bonafide national title contender and one of a very small handful of schools in real contention for a one seed. Not only are the Volunteers incredibly good, they’re also angry.

Tennessee (24-3) is coming off a stretch of losing two of three games, first on the road at No. 5 Kentucky then at No. 13 LSU. The LSU game they lost in overtime after fouling a Tiger player with 0.6-seconds to play.

Offensively, the Volunteers are unbelievably talented and can score from every part of the court. Kenpom ranks them as the No. 2 team in the country in offensive efficiency, behind only 27-2 Gonzaga and right ahead of a Duke team that features three of the likely top-5 picks in the upcoming NBA Draft.

Tennessee scores over 83 points per game and allows only 68. They lead the SEC in assists per game with 19; cumulatively, they have over 100 more assists than second place Arkansas. There’s nothing they really do poorly, in part because they’ve been playing together so long.

The Vols’ two best players, unquestionably, are junior forward Grant Williams and senior guard Admiral Schofield. Six players average 24 minutes a game or more for Tennessee – every one of the six are upperclassmen.

To go back to Williams and Schofield, they’re the best one-two punch in America. Williams is averaging an SEC-leading 19 points, 7.6 rebounds and 3.3 assists per game. Schofield is at 16.9 points, 6.4 rebounds and 2.2 assists. Schofield’s 16.9 points is fourth in the league. It’s almost impossible to shut both down. In the overtime loss this weekend to LSU they combined for 45 points.

A good way to describe the Tennessee team is through three-point percentages – it really shows how tough they are. As a team, they shoot the ball okay. Their 36-percent is in the middle of the conference. However, they don’t take a lot of them, ranking No. 13 in three-point attempts. This is because of how much the team wants to drive the lane and get to the basket.

Tennessee wants to out-physical teams every night they step on the court. They have the bodies and the scorers to be able to do so. For Ole Miss to have a chance at upsetting the No. 7 team in the country on Wednesday night, they need to be able to keep the Vols from getting easy buckets in the paint and play efficient offensively to prevent Tennessee from getting easy points. They need to do more than survive.

The game will be at 6 p.m. from the Pavilion on SEC Network.