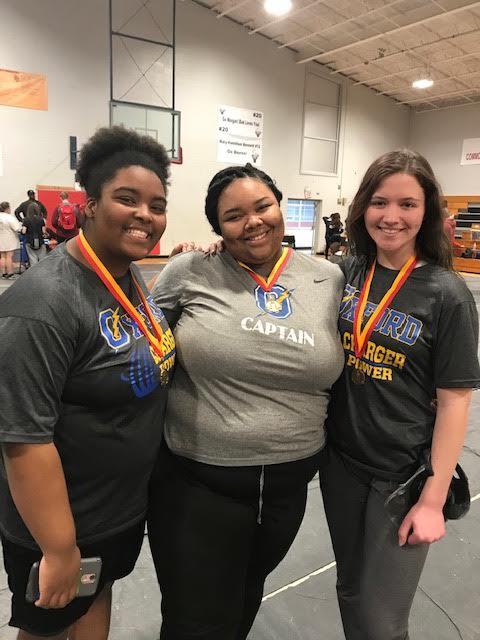 Oxford is sending three girls to Jackson for the state powerlifting meet and are breaking records in the process.

Caitlyn Brock, Kieona Harris and Madisyn Herron all qualified for the state powerlifting meet this past weekend at the north-half final. Oxford finished fourth of 15 schools but excelled even more individually.

Brock finished third place in her 148-pound weight class, while Harris and Herron both won their 242-pound and over-242-pound classes. Harris’ 810-pounds and Herron’s 1135-pounds were both Class III records.

“I’m proud of them. The girls that I have, they work hard. They really do. They do a great job,” said head coach Stan Robertson.

Powerlifting, like track-and-field, is scored both individually and as a team aggregate. Oxford had five girls compete in the north-half at different weight classes. Like bowling, only three divisions exist in girls powerlifting. Class III, which Oxford competes in, is a combination of the top 5A schools in population and 6A schools.

Harris competes in a new 242-pound class – every record she’s breaking is a new one.

“Basically, whoever has the best numbers, boom. You have the record, you’re the benchmark,” Robertson said.

For Herron, she’s not only one of the best in the state, she’s the Charger’s biggest leader. Robertson said she worked as the team mom and coach for the younger girls on a very young team.

“I’m going to miss her tremendously. Not just because she’s probably one of the strongest girls in Mississippi, but she’s a great leader,” Robertson said.

The three girls now have about a month more training to go before competing in the state finals from the Jackson Coliseum in April.

Hot Kentucky team comes to town for a struggling…