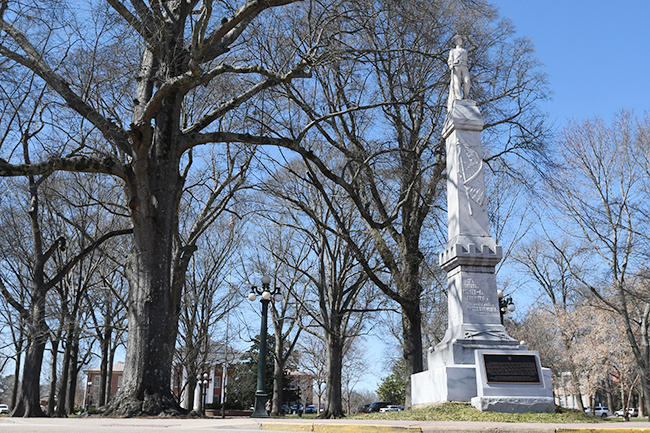 The first step in what could be a historical process was taken on Tuesday night. The Ole Miss Associated Student Body voted unanimously to pass Resolution 19-4, calling for the relocation of the Confederate statue from the Lyceum-Circle to the Confederate cemetery located behind the Tad Smith Coliseum.

Before voting took place by the ASB senate, questions were asked to the authors. One question regarded why they did not take a student-wide vote with a referendum and instead went straight to a resolution.

“One of the reasons we didn’t do a referendum, specifically, is because the law dictates that the governing body of the University has the power to remove the statue,” Dames said in response to the question. “Therefore having a referendum would not constitute being the governing body, so it wouldn’t fit in with our legislation.”

Dames went on to note the statue issue involves the entire community and limiting it to a student vote would have excluding other members of the community.

The passing of the resolution comes after the Feb. 23 rally that was held on the Oxford Square and Ole Miss’ campus. Groups called Confederate 901 and The Highwaymen marched from the Confederate statue located in front of the Lafayette County Courthouse down University Avenue to the statue located at the Lyceum-Circle in a pro-confederate protest.

Since then a movement to relocate the statue on campus received a groundswell of support from campus organizations to members of the community.

The Ole Miss faculty senate said they would meet on Thursday to discuss the statue issue and consider a resolution.

The next step is sending the passed resolution to University officials for their approval in relocating the statue.