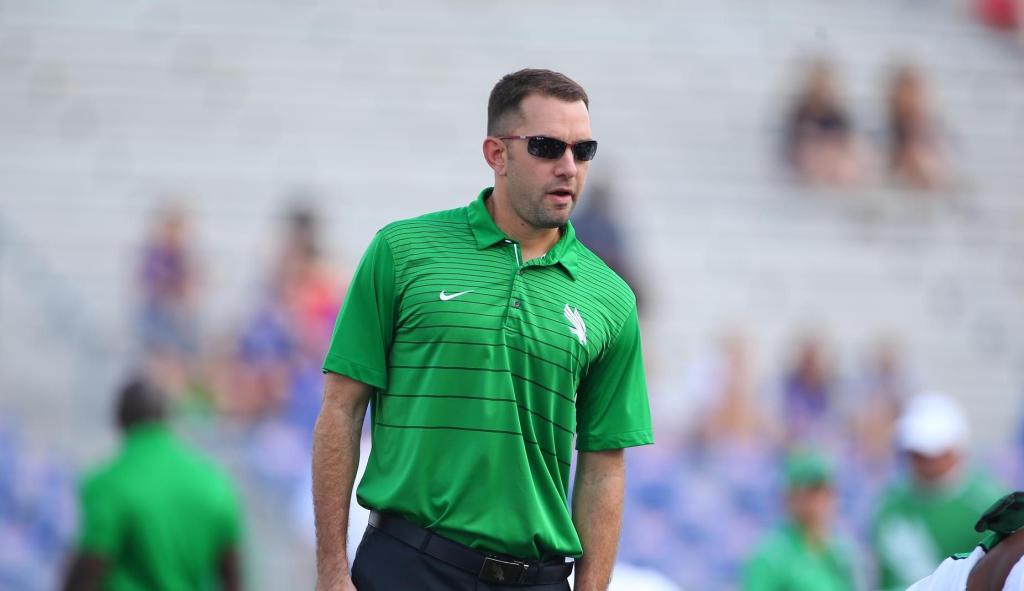 Koonz joins the Rebel program after spending the last two seasons at North Texas where he coached linebackers before being promoted to co-defensive coordinator following the 2018 season.

“Coach Koonz has a proven track record of success as a recruiter and defensive coach,” Luke said. “His coaching style and personality make him a perfect for our staff. As we complete our coaching roster, these changes have created terrific staff chemistry, and we are excited to continue our momentum throughout the remainder of spring drills and into the season.”

While at North Texas, the veteran assistant helped develop E.J. Ejiya during his time with the Mean Green. Ejiya led UNT in tackles, tackles for loss and sacks in each of the last two seasons.

Prior to joining the Mean Green staff as linebackers coach ahead of the 2017 season, Koonz served as the co-defensive coordinator/linebackers coach at the University of Cincinnati under former head coach Tommy Tuberville.

Koonz spent three years at Cincinnati, where he also coached safeties in 2014, his first year with the Bearcats, and linebackers in 2015.

Cincinnati finished its 2014 campaign with a 9-4 record, an American Athletic Conference Championship and a matchup against Virginia Tech in the 2014 Military Bowl.

Prior to his move to Cincinnati, Koonz spent four seasons at Louisiana Tech. During the 2013 campaign, Tech’s first as a member of Conference USA, Koonz directed a revamped linebacking corps, which was led by Conference USA honorable mention player Daniel Cobb, who finished the season with 82 total tackles.

In 2011, Tech’s starting linebackers Adrien Cole and Jay Dudley accounted for 230 total tackles – 65 percent of Tech’s tackles for the season. Cole led the team with 128 tackles and 13 tackles for a loss as he was named first-team All-Western Athletic Conference and the WAC Defensive Player of the Year. Dudley was responsible for 102 tackles, eight tackles for a loss and four interceptions, three of which were returned for touchdowns.

In 2010, Koonz’s first year at Louisiana Tech, three of his linebackers finished the season in the top four on the team in tackles, with Cole earning second-team All-WAC honors.

The Wallkill, New York, native previously served as a defensive quality control assistant at Texas, helping lead the Longhorns to a Big 12 title and an appearance in the 2009 Bowl Championship Series national championship game against Alabama. He also served at Texas as a graduate assistant from 2005-06, and linebackers coach towards the conclusion of the 2006 season.

Prior to his second stint at Texas, Koonz was the secondary coach at Iowa State for two seasons under Gene Chizik, while also assisting with special teams from 2007-08.

Koonz was also a graduate assistant coach at Auburn during the 2004 campaign under Tuberville, coaching the secondary. While at Auburn, he worked on staffs that led the Tigers to the 2002 Capital One Bowl championship, a 2003 Music City Bowl victory, the 2004 SEC championship and a win in the 2004 Nokia Sugar Bowl.

He graduated from Auburn in 2004 with a bachelor’s of science degree in physical education and received his master’s degree in educational administration from Texas in 2006.

Koonz married the former Maura McDermott in July 2011 and the couple has a daughter, Mary Margaret, and a son, Jameson Jeffrey.