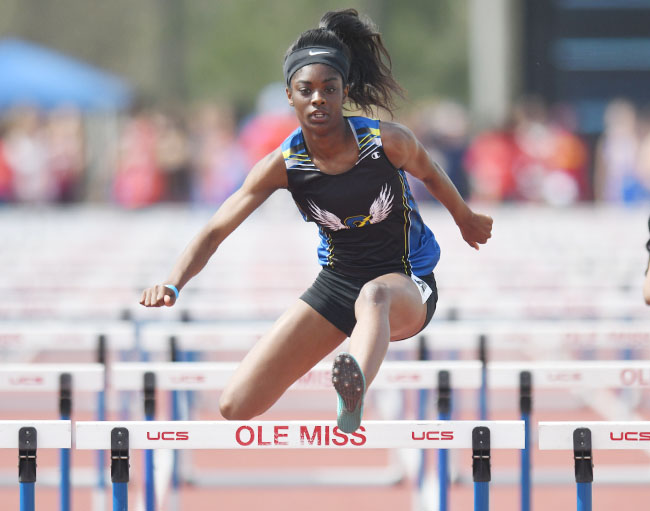 Ole Miss held their annual Mississippi High School Invitational on Friday, with both Oxford and Lafayette among 52 teams in attendance. Oxford senior Ashely Epps stole the show, winning both the 110-meter hurdles and 300-meter hurdles. Epps set a personal record of 14.99-seconds in the 110-hurdles win. Epps was also part of the Oxford girls 4×100-meter relay and 4×200-meter relay teams that both played second at the meet.

Sitting at 9-8-1 on the year, the Commodores have opened regional play by splitting games with both Grenada and Saltillo to start 2-2 in the region. At home, the Commodores are undefeated in the region, winning by an aggregate of 21-1, however they’ve struggled on the road. In their two road games in region, Lafayette is 0-2, losing by an aggregate of 18-9.

Offensively, the Commodore offense has been led by senior Ben Harper and freshman Tyrus Williams to date. Both Harper and Williams are hitting with an impressive average of over .400. This week offers a big opportunity for the Commodores to get up in the win column. Lafayette plays 6-9 West Point twice, first Tuesday night at home then Thursday on the road.

The Chargers spent the weekend on the road taking on two non-conference 6A teams, winning both. It was arguably the best the Chargers looked on the year Saturday, beating 16-6-1 Warren Central at their place 11-5. Through five games of region play, Oxford sits at 3-2, taking three games from Columbus before going 0-2 last week against South Panola.

Offensively, it’s been senior Bo Gatlin and junior Sam Bianco leading the way for the Chargers. Both Gatlin and Bianco are hitting .340 or better with on base percentages over .450. The schedule gets a little more difficult this week, as Oxford hosts 13-4 Tupelo on Tuesday before heading to Tupelo on Tuesday.

Hosting one of the better teams in the state in Northwest Rankin, Oxford lost a tight one 4-3 to the Cougars, their first loss of the season. Now 9-1 on the year, the Chargers have less than two weeks remaining until the start of the 6A playoffs. Rowan DeVera impressed again on Friday, beating Northwest Rankin’s Gavin Ryan 6-0, 6-1. The duo of Downing Koestler and Edward Hu won 6-2, 6-3 and the pairing of Carter Young and Mack Schuesselin won 6-2, 6-2 for Oxford.

Northwest Rankin and Lafayette also played on the same day, with the Commodores losing 6-1 to drop them to 7-6 on the year. William Smith and Sam Case represented the only win on the day for Lafayette, beating the Cougar pairing 6-6, 1-6, 10-4. Despite the lopsided final score, Lafayette played the Cougars close in a handful of areas. Ally Bowen and the doubles duo of Dawson Welch and Barrett Childress both lost in very close three set matches.

After being picked to finish last in the SEC, Ole Miss softball sits at 24-9 and have catapulted to No. 12 in the latest NCAA Softball RPI rating. This weekend, they took two of three games from No. 6 Florida at home, their first series win over the Gators since 2007.

Ole Miss lost game one to the Gators 5-2 on Friday before surging to win 8-4 on Saturday and 3-1 on Sunday. Abby Lantham was critical for the Rebels on the weekend, crushing a walk-off grand slam to win on Saturday and hitting one of two solo home runs for Ole Miss on Sunday. The Rebels now have 4 wins over top-10 teams on the year.