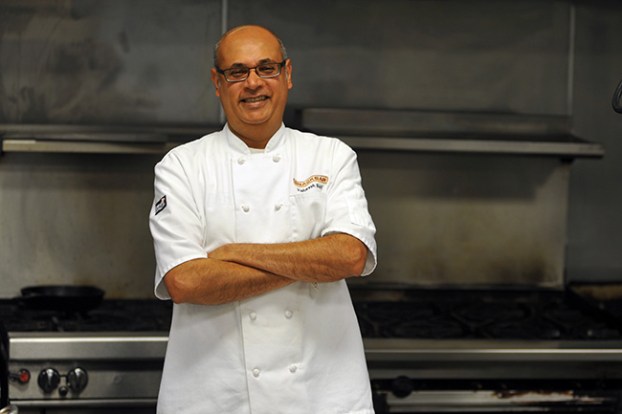 When Vishwesh Bhatt heard his named called he was in a state of disbelief. This was not the Snackbar’s first time as a nominee, but the sixth time was the charm as Bhatt won his first James Beard Award as the Best Chef in the South category. The ceremony was held at the Lyric Opera of Chicago on Monday.

On Tuesday morning Bhatt was still processing what had transpired hours earlier.

“It was just an incredible feeling,” Bhatt said. “You kind of go numb. You always want your name to be called but when it actually does happen you don’t really know what to do.”

The James Beard Foundation has highlighted the centrality of food culture for more than 30 years. The James Beard Awards honor the top chefs throughout different regions of the United States and other specialized categories. Other nominees who made the short list of the South category included Jose Enrique of Jose Erique in San Juan, Puerto Rico; Kristen Essig and Michael of Stoltzfuz Coquette in New Orleans; Slade Rushing of Brennan’s in New Orleans and Isaac Toups of Toups’ Meatery in New Orleans.

Snackbar celebrated its 10-year anniversary last month and Bhatt has been with the restaurant from the beginning. The award honors Bhatt for his individual accomplishments but he is also aware it takes a village for a place such as Snackbar to attain the stability and longevity it has in Oxford.

“Without the work they put in day in and day out there’s nothing,” Bhatt said of his staff.

A native of India, Bhatt has been involved with the City Grocery Restaurant Group since 2003. In 2001 he joined John Currence on the line at City Grocery and slowly worked his way up until taking over Snackbar in 2009. The award honors Bhatt for the work he has done over the past decade at Snackbar, but his culinary journey started over two decades ago. Monday night was about more than what Bhatt has achieved during his time in Oxford.

“It’s a validation,” Bhatt said. “It says that the career path that I chose and continue on is a good one. That it’s important and people recognize the work we’re doing in Oxford. John Currence put Oxford on the map and I’m just following in his footsteps and it’s quite an honor to be able to do that.”

Snackbar has already thrown one party this year but there is a strong chance there will be another party in celebration of Bhatt’s achievement. This is also not the bookend of Bhatt’s career and he is ready to take Snackbar further than it has already gone.

“I wouldn’t be here without Oxford and all the support I’ve had from the city of Oxford,” Bhatt said. “They’ve bought into what we’re doing and it’s become our responsibility to make sure we reciprocate that respect we’re getting. This just means now we have set the bar higher and now we have to work even harder maintain this.”

With a little over four months until the project’s completion date, city officials got a close-up of the downtown parking... read more