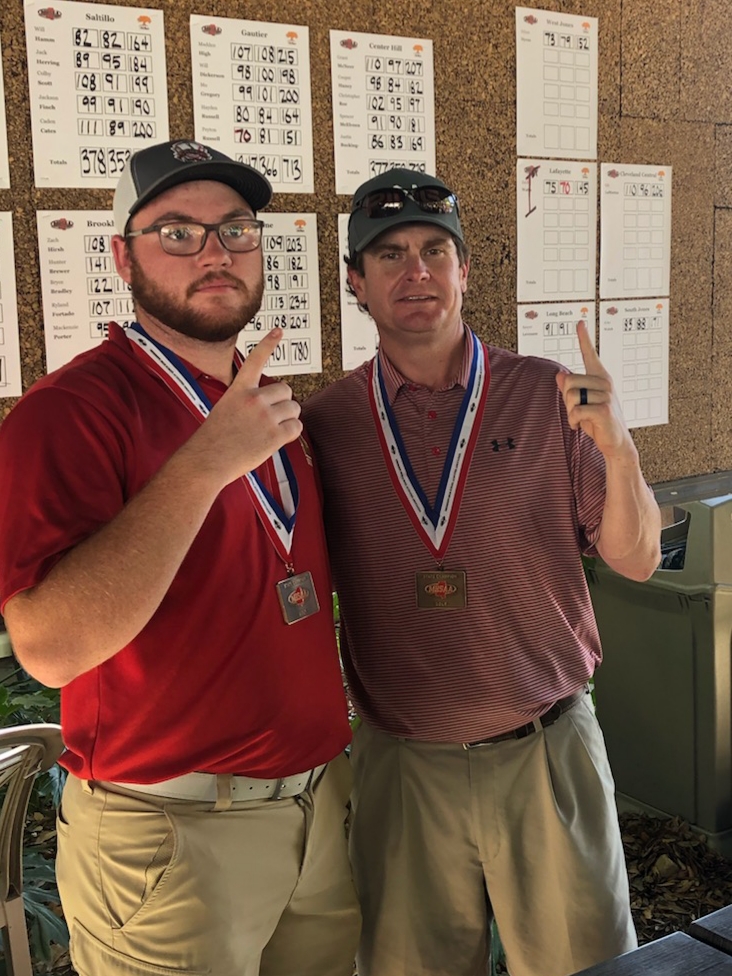 Battling back from five strokes off the lead, Zach Watts was dominant in day two of the 2019 MHSAA Class 5A Boys Golf Championship earlier this week.

Shooting a 145 over the two-day tournament, Watts fought back from five strokes down to win the tournament by six strokes. His 2-under par 70 on day two was the only round under par on the day.

A senior, Watts has competed in the championship tournament for the Commodores, either individually or part of the team, for five straight years. Now, he’s a state champion.

“After the first day, we knew he left some shots out there – had a few putts lip out,” said coach Ryan Avent. “He played well the first day, but he was down five shots. We knew there were some places where we could get some strokes back. And Zach’s had a history of coming back the second day.”

Where he left some putts on the course the first day of the tournament, it was really good play with the irons that allowed him to walk-away from day-two without a single three-putt.

As a team, Lafayette finished the season third in their district and failed to  qualify for the state championship. But hey, they’ve got a state champ to boast. On top of the win, Watts was also recently invited to compete in the 2019 High School Golf National Invitational In Orlando, Florida over the summer.