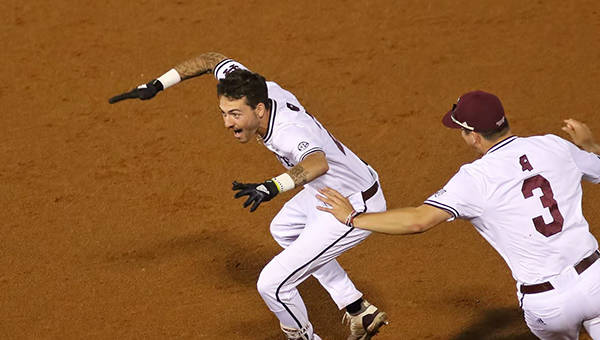 HOOVER, Ala. — Mississippi State and LSU played deep into the night, and then a good chunk of the morning. Just when it was looking like they might see sunrise break over the Hoover Met, Gunner Halter brought the fun to an end.

The junior outfielder delivered a walk-off RBI single in the bottom of the 17th inning to give Mississippi State a 6-5 win over LSU early Thursday morning — in a game that started Wednesday evening — in the longest game in Southeastern Conference Tournament history.

“Please don’t throw him out,” Halter laughed of his reaction to seeing his hit get through. “I was just ready for this thing to be over with.”

The 17-inning marathon tied the tournament record for longest game by innings. By time, it wasn’t even close. At 6 hours and 43 minutes, it shattered the old mark of 5 hours, 7 minutes set by LSU and Florida in 2016.

The teams combined to throw 552 pitches, spread among 11 pitchers who racked up 32 strikeouts. The teams also drew 18 walks and had 30 combined hits.

LSU reliever Matthew Beck, Zack Hess and Ma’Khail Hilliard (0-4) kept Mississippi State scoreless for 13 innings before the Bulldogs took advantage of some late mistakes to win. Hilliard had eight strikeouts, and LSU had 17 as a staff.

“It’s a shame either team had to lose,” said LSU coach Paul Mainieri. “Our guys laid it out on the line tonight, one guy after another delivered courageous performances. It’s just unfortunate that we couldn’t get the win. It was an amazing and unusual night, that’s for sure.”

The reward for Mississippi State (46-11) was an entry into the winners’ bracket of the double-elimination tournament and an afternoon of sleep. It won’t play until 8 p.m. Thursday against Vanderbilt.

The penalty for LSU (35-23) was a trip to the losers’ bracket and a difficult turnaround. After leaving the field at 3:03 a.m., the Tigers have to play Auburn in an elimination game at 1 p.m. Thursday.

They also played for 3 1/2 hours in their opener against South Carolina on Tuesday, in a game that ended after midnight.

The path to a long and historic night was set in the eighth inning, when Giovanni DiGiacomo hit a two-run home run to tie the game at 4 and cap LSU’s comeback from a 4-0 deficit.

Neither team scored again until the 16th inning, when DiGiacomo hit a sacrifice fly to give LSU a 5-4 lead. Mississippi State answered in the bottom half, however, when Rowdey Jordan scored on an error and the teams played on.

But not for too much longer.

In the bottom of the 17th, Justin Foscue struck out but reached base on a wild pitch. Dustin Skelton did the same thing, putting runners at first and second instead of the inning being over.

Halter then singled up the middle, past diving LSU shortstop Josh Smith. Foscue hustled around third and dove headfirst across home plate as the throw came late and up the first base line.

“I was walking up there and coach looked at me and said let’s take a two-strike approach and try to win the game, because we had been striking out a lot,” Halter said. “I just went up there and didn’t do my leg kick or anything. I just tried to put the ball in play and it worked out for us.” 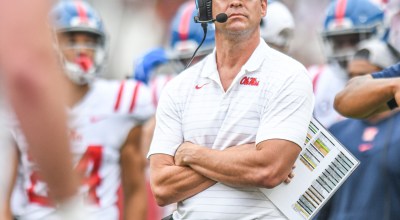