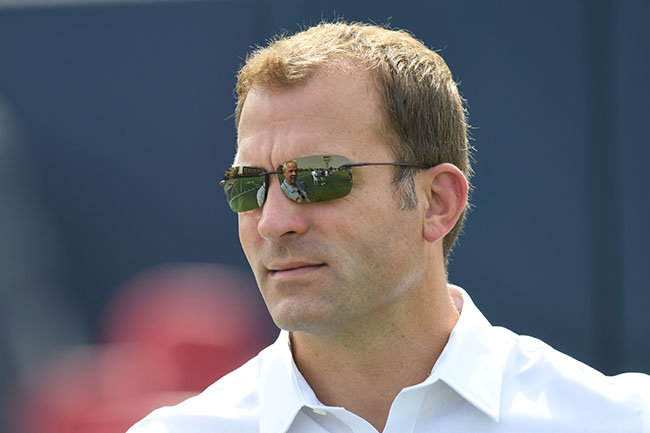 Bjork would fill a job previously held by Scott Woodward. Woodward was in College Station for three years before taking the athletic director’s position at LSU. Ole Miss confirmed the departure later on Thursday evening.

“Ross has been an outstanding leader of Ole Miss Athletics. Our programs and our university are stronger for his service to Rebel Nation,” said Interim Chancellor Larry Sparks. “Under Ross’s direction, we won SEC and national championships and improved our athletics facilities significantly while, at the same time, our student-athletes have achieved unprecedented success in the classroom. I’ve enjoyed working with Ross a great deal, and wish him nothing but the best in his future endeavors.”

Bjork has been at Ole Miss since 2012, coming to Oxford from Western Kentucky University. At one time at WKU, he was the youngest athletic director among Division, FBS schools.

His time in Oxford had some up and downs. During his tenure at Ole Miss, Bjork oversaw the construction of The Pavillion and expansions to Vaught-Hemingway Stadium, among other venue improvements. Additionally, Bjork ushered the school through NCAA investigations and multiple coaching searches, including the program-altering hires of Kermit Davis and Yolett McPhee-McCuin to lead the men’s and women’s basketball programs.

“We will forever cherish our time at Ole Miss and in Oxford… I am proud of the athletics accomplishments and the infrastructure improvements we were able to achieve during the last seven years, but I am most proud of our student-athletes. They always believed they could achieve greatness in the classroom, and now Ole Miss Athletics has the highest grade point average, graduation rates and APR scores in the history of the program,” Bjork said in a statement. “Despite some challenges along the way, Ole Miss is a great place, and I appreciate all of the support that every Chancellor has provided and especially my strong relationship with Larry Sparks. We have built lifelong friendships and will always revere our time as Rebels.”

“I am thrilled to welcome Ross Bjork to Aggieland,” said Texas A&M President Michael K. Young in a statement. “His outstanding reputation as a leader will be vital to the continued trajectory of our athletics program. His appreciation for higher education is evident in achieving the highest GPA and graduation rates on record during his tenure at Ole Miss.”

Leaving Oxford for College Station, Texas, Bjork inherits one of the top athletic director jobs in the nation. According to most recent publicly available figures, Texas A&M’s athletic department was No. 2 nationally in revenue, trailing just their in-state counterparts, the University of Texas.