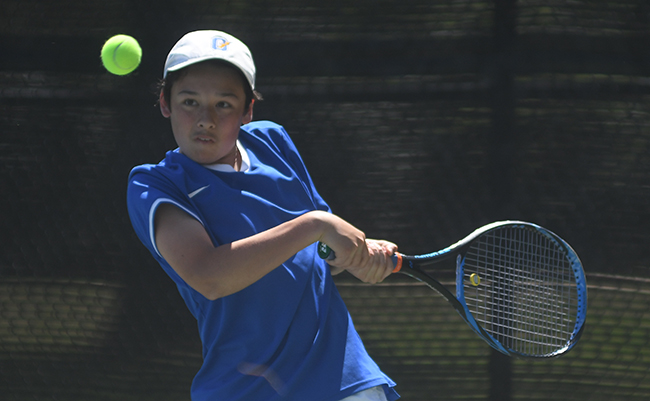 Losing is never easy. But it gets easier when you know you got everything out of your team.

Oxford High’s tennis season ended in 2019 the same way it did the year prior in 2018, with a loss in the 6A North Half finals. A disappointing way to end the year? Sure. But there’s only one team every year that isn’t disappointed with the way things end. That doesn’t make 2019 a lost season for the Chargers.

“Those kids got as much out of themselves as you could’ve hoped for,” said head coach Louis Nash, thinking back on the season. “Our record, against good competition, exceeded what even I thought we could do.”

Nash led the Chargers to an 18-2 record this season, playing some very tough competition along the way. Losing to Madison Central 5-2 in the North Half final hurts, but looking at context it’s hard not to be excited about the future of the tennis team.

All of the starters from the Oxford North Half are returning for the 2020 season, as will a considerably larger number of returning regulars that didn’t get the start in that match. High school sports rolls in cycles, every now and then the peak of your team will land in younger grades That’s what’s happening with Oxford right now. The eighth to tenth grade grouping is very impressive.

“We’re set up to be good for several years now, definitely the next two,” Nash said. “We should be pretty good. We’re going to be right there, winning or close to winning the next few years.”

It’s a team that started an eighth grader in the North Half boys singles match. Now, Rowan deVera was a good eighth grader, but he was still in eighth grade. All of those young contributors will get a little older, a little stronger and a little smarter as they move into 2020. That young core, Nash said, handled pressure really well – better than he could have expected – for a group so young.

Competition among the younger kids breeds the improvement you want to see year-to-year. For Nash, just because you started this past year doesn’t mean your spot is secure for next year. If anything, that’s a good problem to have – rather than trying to fill out a roster with twelve kids, they may have twenty that are more than capable of playing on any given day. No spot is secure.

As for his challenge to the team moving into the summer – just get out and play. Mississippi summers are hot, no doubt, but it’s that sort of environment that breeds strength.

“As they get older and stronger you want them to get a little bit tougher. I mean tougher physically and tougher mentally,” Nash said. “Summers around here kind of separate kids. Between who’s going to be on the court and who’s not. You have to be really tough to hang out on the courts three or four hours a day around here in the summer. And we have a lot of them that will.”