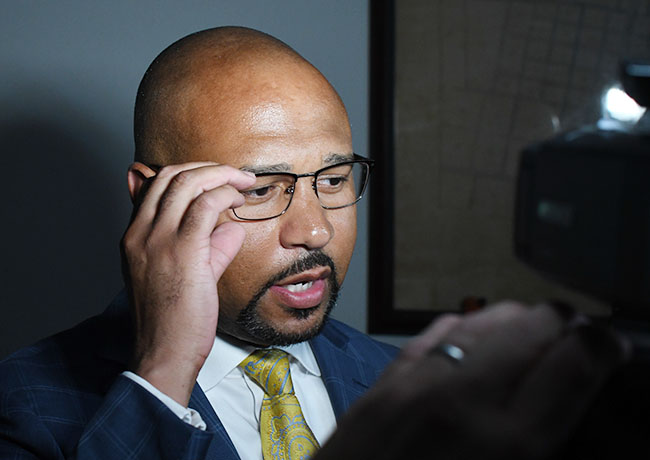 Two Oxford Police officers submitted their resignations last month in the wake of the murder of Dominique Clayton, and on Tuesday the City of Oxford accepted the resignations.

During their regular meeting the Oxford Board of Aldermen approved to accept the resignations of Collins Bryant and Ryan Winters.

The approval occurred as part of the consent agenda items at the beginning of the meeting, which did not involve any discussion on the matter by the Board. Following the meeting and a lengthy executive session Oxford Mayor Robyn Tannehill confirmed the names of the two now former OPD officers, but would not disclose any other information. Tannehill cited a Mississippi state law, which prohibits her commenting on any city personnel matters.

Mayor Tannehill did confirm Mississippi attorney general Jim Hood’s office is still conducting an investigation into the OPD per her request on the city’s behalf. She made the request on May 24.

The lawyer representing the Clayton family, Carlos Moore, was in attendance at Tuesday’s meeting and spoke after Mayor Tannehill, providing what information his office’s independent investigation had regarding the officers’ resignation. Moore claimed to have a picture of a text message proving Bryant and Winters submitted their resignations on May 23 and did so ‘under duress’ but did not provide the picture.

Bryant was a supervisor of the Oxford Police’s mounted patrol, according to Moore, and Kinne was a mounted patrol officer with the OPD.

“They were given the choice of actually resigning or either being fired and immediately placed on administrative leave and they chose to resign” Moore said. “These individuals did resign under duress, and they did resign because there were some improprieties in relation to Ms. Clayton. We don’t believe these individuals resigned because they had anything to do with the actual murder of Ms. Clayton, but there were some improprieties and that’s why there is an internal investigation by the (attorney general’s) office.”

Dominique Clayton was found dead in her home on May 19 after she was shot in the head in her bedroom. On May 20, Matthew Kinne was arrested and officially charged with the murder on May 22. During an executive session on May 21, the Board of Aldermen terminated Kinne’s employment with the OPD. He is currently held in custody at the Panola County Jail as he awaits trail.

When asked if the Clayton family had any intentions of filing a civil lawsuit against the city, Moore said that was not ‘100 percent determined’ but did state his office’s investigation revealed Kinne was ‘on duty and in uniform’ and used his patrol car at the time he allegedly murdered Clayton.

“It’s very unfortunate that someone was given a badge, someone was given a gun to patrol the streets of Oxford and that man committed one of the most heinous crimes this community has ever witnessed,” Moore said. “I’m glad the MBI is investigating that and the attorney general’s office is investigating internally. But, we have discovered a lot of things, and there are several more individuals that have not resigned that are of interest to me and my team of investigators, and, at some point, we will be talking to them either voluntarily or involuntarily.”