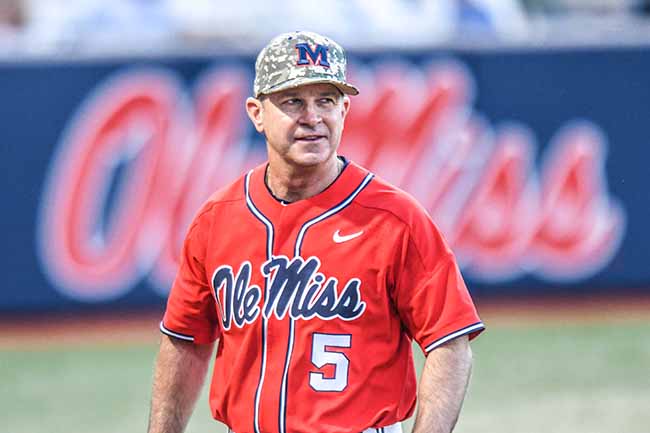 The Ole Miss baseball team may have lost four key cogs in the opening rounds in the 2019 MLB Draft, but the situation could not have been much better on the recruiting front.

Every year, baseball recruiting is a balance. You want to get the best players you can sign, but also you have to weigh whether or not they will even come to school. It’s incredibly rare for a first-round pick from high school to turn down $3-million or more in the draft to enroll in college.

This year, it seems like Ole Miss has walked this tight rope perfectly. Mike Bianco and Co. signed three, five-star prospects and one four-star. None of the four have been drafted, almost certainly because MLB teams have been informed they will be coming to Oxford.

The prized possession of the class is two-sport athlete Jerrion Ealy. As first reported by ESPN’s Tom VanHaaren on Tuesday, Ole Miss baseball and football signee Jerrion Ealy will officially be a mainstay at Ole Miss.

The baseball and football star has reportedly notified teams that he plans to stay at Ole Miss after not being selected in the first round in the MLB Draft. Ealy was at one point ranked in the MLB Pipeline top-20 but fell out of the top-50 as the draft approached due to teams fearing they may not be able to sign him. He was also the third-best running back recruit in the nation.

The Jackson Prep product tweeted Tuesday afternoon in support of Ole Miss. “HYDR!!!” the tweet read. An abbreviated “Hell Yeah, Damn Right” are from a line in the Ole Miss “Hotty Toddy” chant.

Ranked as the No. 19 overall player in the 2019 football recruiting class by ESPN, Ealy was the top-rated player in the state of Mississippi. He arrived on campus earlier this week and will likely fit in seamlessly into the Ole Miss backfield at running back. Despite being just a freshman, it’s hard to imagine the highly-touted prospect won’t make an immediate impact in both sports.

Outside of just Ealy, Ole Miss baseball is getting a lot of talented kids in catcher Hayden Dunhurst and infielder Connor Walsh. Both were five-star recruits and ranked inside the top-125 on the MLB pipeline entering the draft. Dunhurst and Walsh both fit in at key positions of loss, with the Rebels shortstop Grae Kessinger and catcher Cooper Johnson both being drafted in the first two days.

Ole Miss may have lost a bunch in the opening two days of the draft, but there’s a lot of young talent to be excited about moving forward.