OPINION: How an offseason of ambiguity breeds hope 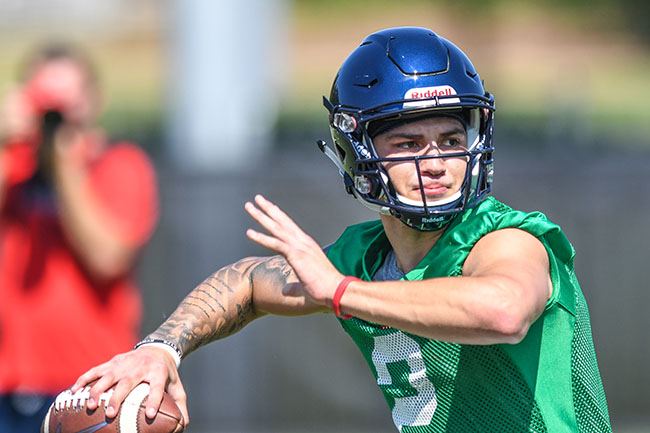 It’s not a stretch to say we’re at a point where the NBA offseason is as much, or more fun, than the actual season itself.

When 5 p.m. came and went on Sunday evening, a flurry of free agency deals had, within hours, re-defined the shape of an entire league for years to come. A sport where one team had dominated everything and broke records doing so – up to this year when they finally were toppled – the offseason had become a haven for fans of every team.

Why? It’s relatively simple. In a league of what seemed like certainty, the offseason provided a break. It brought hope of what could be.

At some point in fandom you hit a point of dejection. A handful of miserable years leads one to a place where even a shed of optimism is nearly better than actual success. That’s what’s great about every offseason – sitting here on July 1, everyone is theoretically still in play. It’s the ambiguity that breeds optimism. That ambiguity or unknown is even greater when you get change.

That’s where Ole Miss football is at. No one knows if Mike MacIntyre or Rich Rodriguez will work out and help Ole Miss rebound. But I can tell you both have helped turn programs around before.

No one knows if Jerrion Early can develop into a transcendent talent out of the backfield. But I can tell you that Rich Rod has had players at that position land as All-Americans.

No one knows what to expect from Matt Corral at quarterback, in a brand-new system, in his redshirt freshman season. But I can tell you that the two leading rushers at the quarterback position in FBS history were both coached by Rodriguez.

No one knows what to expect from a defense that ranked 120 of 130 eligible teams in 2019. But I can tell you Mike MacIntyre once lead the Colorado defense to No. 18 in the nation. That team gave up just 20.5 points per game in 2016 playing in point-heavy Pac-12.

Will all this come to fruition? Odds are no. (Oddsmakers literally say no. Ole Miss’ win total at Las Vegas sportsbooks is set at 5, tied with Vanderbilt for the lowest total in the SEC). Odds aside, it’s possible. There’s hope in the unknown.

It’s better to take risks than to do nothing at all and pray for improvements. Why stay below average when there’s a door that could make you good, even if that same door could make you even worse? In college football, you take that gamble 10 times over.

These hires could all work out as massive successes, cementing Matt Luke among Ole Miss lore for having the humility to go and hire two former head coaches as coordinators. Both Rodriguez and MacIntyre have had seasons where many thought they were among the best top coaches in college football. However, both have had some serious downfalls – the reason they’re no longer head coaches.

But it’s these sorts of risks that foster hope. The vagueness of what could be with the team is what keeps a crestfallen fan-base that’s dealt with NCAA sanctions, and haven’t seen a bowl game since 2015, engaged.

Maintaining the status quo of something that hasn’t worked leads to apathy and a tuned-out fan base. There’s a lot of things you could say about Matt Luke and the Ole Miss football program, but you can’t say they’re afraid to light that status quo in red and blue flames.

Having expectations may be optimistic and, frankly, unwarranted. But there’s absolutely nothing wrong with having hope.