Lady Chargers picking up the pace in summer basketball 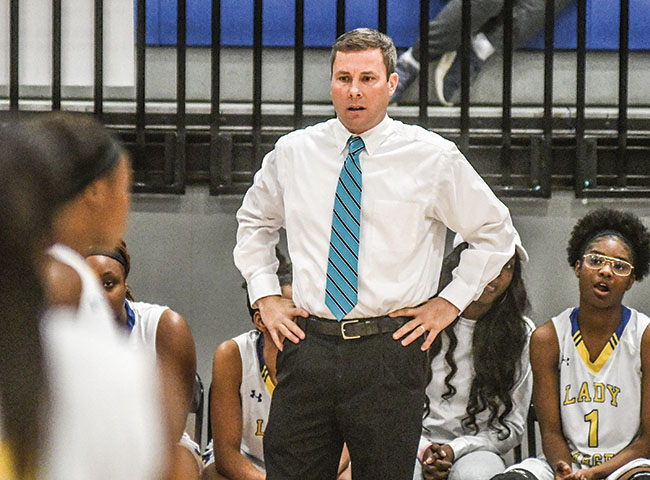 It may just be summer basketball, but Oxford High School girl’s basketball coach Cliff Orman has his Lady Chargers in a full-court press.

The team may not be the biggest he’s ever had, but it’s athletic and long. Last week, finishing their slate of summer games, Orman had his girls running their signature Charger defense nearly the full game. A mix of a full-court man and a full-court zone trap, the girls may be tired. But they’re not showing it.

“We’ve played really hard all summer. That’s a good thing, knowing you don’t have to coach effort. When you’re coaching effort, you can’t work on the other things,” Orman said. “We want to play fast. We want to attack people and get the game up and down.”

Summer games are played with a running clock and without tracking fouls. It’s not completely like the game they’ll play in the fall and winter, but it gives the staff a way of knowing what to work on. Ormon said they want to improve defensively and in some special situations, a task that’s hard to do with running clocks. Right now, the Oxford staff is just Orman. Last year’s assistant coach, Kelsie Beebe, recently left for another assistant position.

Oxford graduated five seniors from last season’s squad. This one has five more seniors stepping in. That said, Orman said they’ll still go to their younger players a good bit.

“We’re kind of young after that big group of seniors. It’s a really talented group and we’re super excited about the young players we have,” Orman said. “A lot of them made a huge jump this summer. It’s been fun watching the growth of, not just those young players, but our seniors as well.”

Offensively, it’s a team that may be set up to shoot better from the outside than past Charger teams. They like to get out and run, but when things settle into the half-court this upcoming season, Oxford is going to look to get the ball into those shooter’s hands.

Individually, Claire Wootten is one of those shooters singled out. Wooten got hot this summer from long-range and never really let up. But she’s not the only Charger stepping up.

“I hope and I’m sure (Claire) will continue to work on that shooting throughout the summer. That’ll give us a scoring threat from the outside and we didn’t have a big outside threat recently,” Ormon said. “Probably our most improved player will be a sophomore, Addison Howell. She’s a kid that can put it on the floor and get to the basket as well as create for others.”

Saniah Campbell was a third Charger singled out for having a great summer, attacking the basket offensively.

The 2019-20 Lady Chargers will certainly have a new look from the team last year. But that’s not a bad thing. Last year’s team was middle of the road, a 15-15 record. This year, the new-look Chargers are looking to take the next leap. The summer slate is a good start.