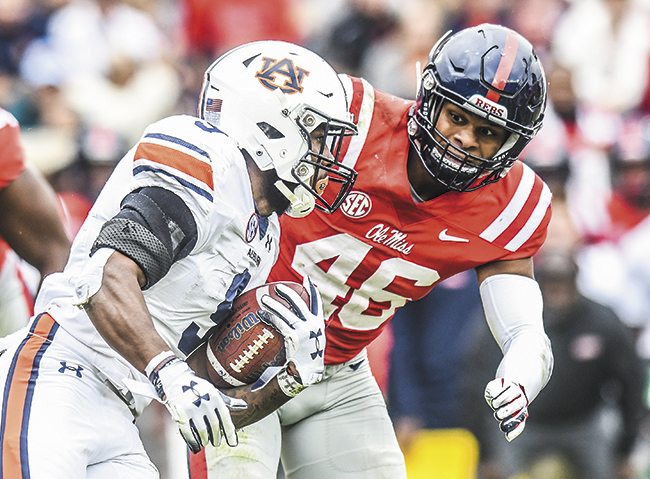 Ole Miss inside linebacker MoMo Sanogo is among the shortlist of candidates for the nation’s top linebacker award.

Sanogo was named Monday to the 2019 Butkus Award watch list. He’s one of 51 collegiate players from across the country on the list, alongside 13 others from the SEC.

The junior from Plano, Texas recorded 112 tackles last year, finishing third in the conference with 9.3 tackles per game. Only DeMarquis Gates’ 114 tackles in 2017 tops Sanogo’s accomplishment over the last 12 years.

A four-star recruit coming out of high school, Sanogo played in 11 games at Ole Miss as a true freshman. Last season, he started all 12 games at inside linebacker.

Founded in 1985, the Butkus Award now awards players from high school, college and professional levels. Past winners of the college award include Devin White, Luke Kuechly and Von Miller.

Semifinalists for the award are named on Nov. 4 and finalists are named later in the month on Nov. 25. The winner is announced no later than Dec. 10.