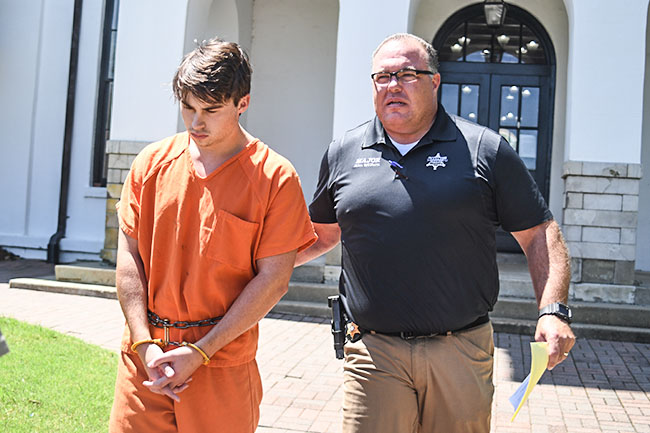 Brandon A. Theesfeld, 22, who was booked at 3:45 p.m. on Monday, has been charged in the murder of Ole Miss student Alexandria ‘Ally’ Kostial.

At 11:30 a.m. Theesfeld, along with his attorney Swayze Alford, stood before Lafayette County Circuit Court Judge Andrew Howorth and was formally charged with murder. A bond hearing will take place at a later date.