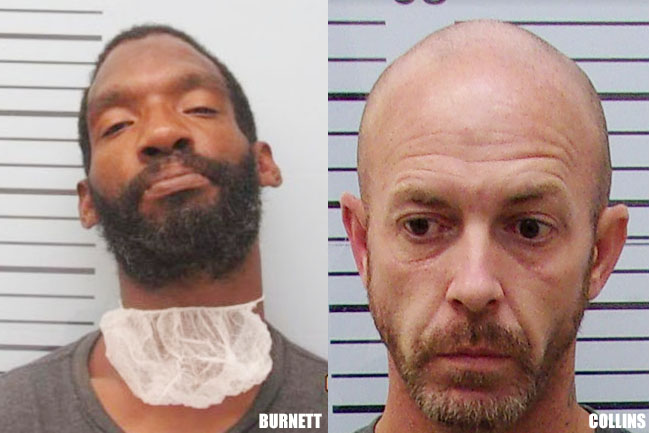 Oxford Police Officers responded to Marquis Towing on Saturday morning, July 27, after receiving a report of someone attempting to steal a wrecker.

Later that morning, Yalobusha County Sheriff’s Deputies located the wrecker. The driver and a passenger left the vehicle and attempted to flee on foot, but were caught later in the day. Cameron Collins, 39 of Parrottsville, Tenn., was identified as the person who stole the wrecker. Collins was transported to the Lafayette County Detention Center and booked on the charge of felony motor vehicle theft. A Justice Court Judge gave Collins a bond of $5,000; however, the Mississippi Department of Corrections placed a hold on him, because Collins was out on parole for a previous felony conviction.

On July 6, OPD officers took a report from a victim who stated that their wallet was taken from inside their vehicle. The victim identified Dan Burnett, 37 of Oxford, as the person running away from the victim’s vehicle with the wallet in his hand. On Tuesday, Burnett was arrested for the auto burglary arrest warrant. He was transported to the Lafayette County Detention Center and given a bond of $5,000 by a Justice Court Judge.

Chancellor: There was “breakdown in communication” in handling of…