Around the SEC: Kentucky 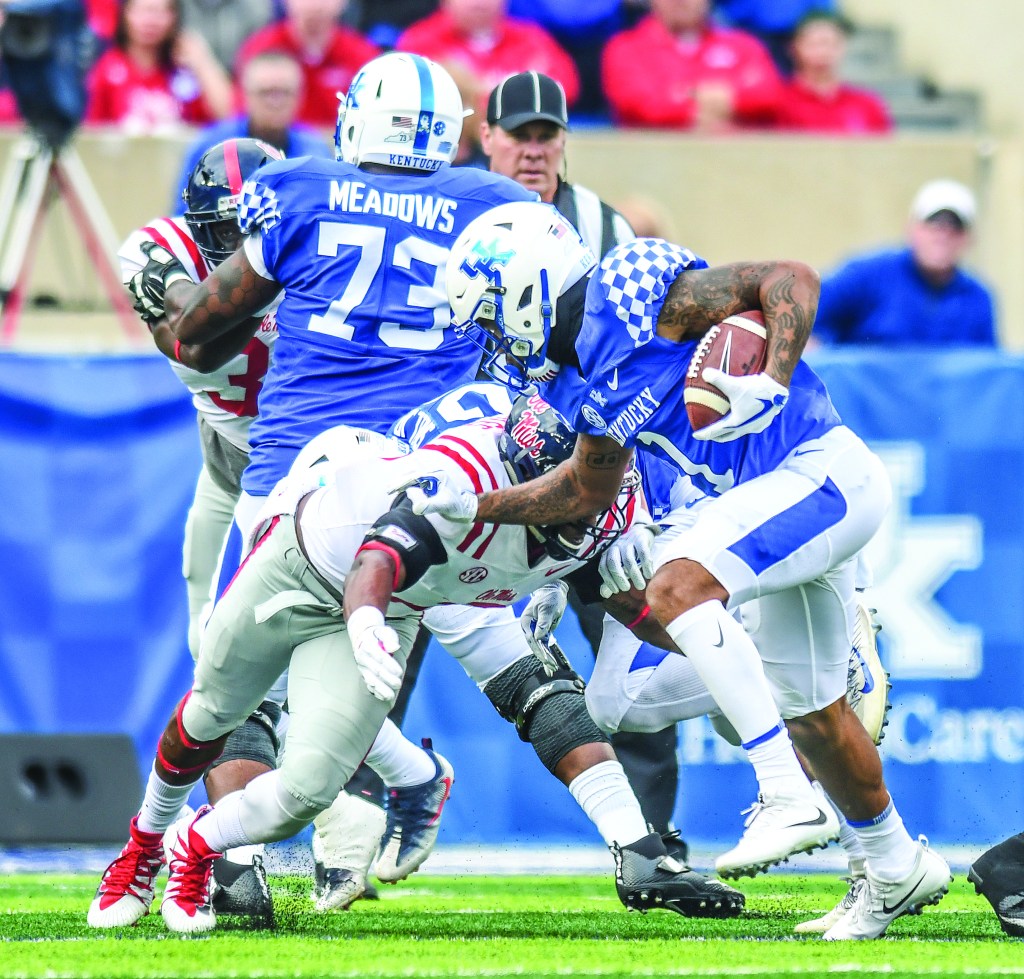 Editor’s note: Kentucky takes us to part seven of a 16-part series, examining every team in the SEC, plus three bonuses, correlating with the three FBS Ole Miss non-conference games. We’ll preview one school nearly every day, alphabetically, until all 16 are completed. Over the weekend, we previewed Georgia. Today, the Kentucky Wildcats. For each of the schools in the series, see the bottom of the article.

Benny Snell is gone. Josh Allen is gone. The peak of Kentucky football in the 21st century seems to go out the door with them.

Kentucky won 10 games a year ago, the first time they had done so since 1977. Now, they face the massive challenge of replacing 14 starters from that 10-win season that saw them finish tied for second in the SEC East.

Offensively, they lose the best Wildcat rusher of all time. Benny Snell, Jr. is a Pittsburgh Steeler. In just three seasons, Snell broke the Wildcats career rushing record and holds two of their top four rushing seasons all according to yards. If you take a look at touchdowns, Snell scored 48 in his three–year Kentucky career. The two Wildcats tied for second have just 26.

Interestingly, even with Snell’s huge final year and the 10 team wins, the Kentucky offense ranked just No. 64 in the nation in efficiency. And Snell isn’t the only Kentucky departure from the offense – they replace six other starters including three of their starters on the offensive line.

The good news Kentucky offensively is quarterback Terry Wilson returns. Mark Stoops didn’t ask much from the Oregon transfer in his first year as the Wildcat starter, but he didn’t need to. Wilson completed 67 percent of his passes a year ago, but just didn’t attempt all that many – he passed for just over 1,800 yards but added 500 on the ground. Stoops will likely put much more on Wilson’s plate in a year with so much departure from the running game. Good news for the passing game is the. return of the team’s best playmaker, Lynn Bowden Jr. Bowden lead the team in all receiving statistics a year ago, in addition to returning two punts for touchdowns.

Defensively, the Wildcats lose just as much as the offense. Seven defensive starters from last year’s team are gone. And with all due respect to Benny Snell Jr., the defense loses a much better player. Outside linebacker Josh Allen was the No. 7 overall pick in the 2019 NFL Draft after a season where he was a unanimous All-American selection and won the Chuck Bednarik Award, awarded to the best defensive player in all of college football.

Kash Daniel, at inside linebacker, is the best returning Wildcat on the defensive side of the ball. Daniel had 84 tackles a year ago, in lauding 7.5 behind the line of scrimmage. Replacing a guy like Josh Allen with another individual isn’t realistic – Kentucky will need to find his production from the unit as a whole. A guy the Wildcats are excited about on the interior of the defensive line that may take a step forward is Quinton Bohanna. The junior missed a good bit of time a year ago with an ankle injury, but still recorded 17 tackles, one sack and four tackles for loss. At 6-foot-4 and 360 pounds, Bohanna is a massive figure on that defensive line.

As good as Kentucky was a year ago, it’s so hard to not see it as a one-year aberration. Despite winning ten games in 2018, Vegas win totals peg the Wildcats as a 6.5–win team. Media polls from SEC Media Days picked them to finished 6th of 7 teams in the SEC East, despite finishing second a year ago. I think there’s a real chance it could be even worse.

Kentucky hasn’t had a top-30 recruiting class since 2014. And how often is Kentucky going to have, in the same season, a Bednarik winner and a guy breaking their rushing records that stood for 43 years? Mark Stoops has really done a great job of making Kentucky football relevant over the past three years, but they’re going to take a step back in 2019.