Around the SEC: South Carolina 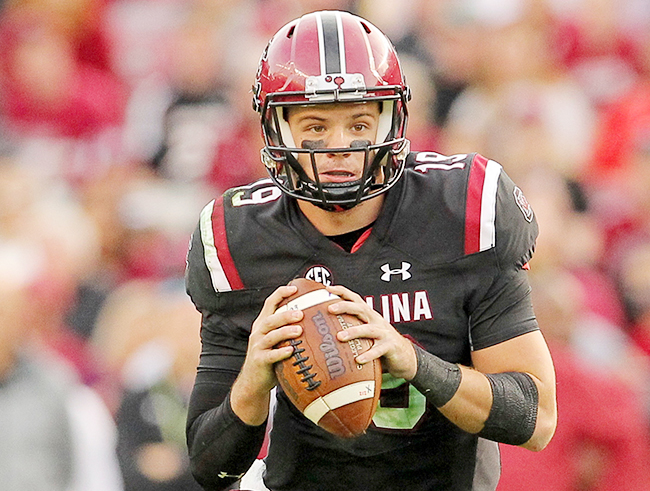 Editor’s note: South Carolina takes us to part 13 of a 16-part series, examining every team in the SEC, plus three bonuses, correlating with the three FBS Ole Miss non-conference games. We’ll preview one school nearly every day, alphabetically, until all 16 are completed. Last week, we previewed Ole Miss’s final non-conference game, New Mexico State. Today, the South Carolina Gamecocks. For each of the schools in the series, see the bottom of the article.

It seems like Jake Bentley has been in college since 2006, but the South Carolina quarterback actually graduated high school a year early to get to South Carolina. He’s been starting since his freshman year. Now a senior, the most experienced quarterback in the Southeastern Conference is unquestionably the key to the Gamecocks’ success in 2019.

If he just matches the numbers from either of his past two seasons, Bentley will graduate from South Carolina as the school’s best quarterback of all time. Currently, he sits forth on the passing yards record and third in touchdowns, but both career marks are easily obtainable if Bentley stays healthy this season.

Ultimately, Bentley spearheads an offense (and a team as a whole) that could be in for some positive regression in 2019. A year ago, South Carolina went just 4-4 in conference play, yet they ranked as the nation’s 20th-most efficient overall team. Yet the reason they weren’t able to turn that efficiency into wins was a lot of times on Bentley himself. His decision making was really suspect, something that led him to return for his senior year. In 56 red-zone trips a year ago, the team was held scoreless 13 times. Eight of those 13 were due to turnovers.

Defensively, South Carolina needs to do a better job stopping the run. One year ago, the team had the nation’s No. 40 defense by S&P+, yet much of that rank is because of how good the team was in obvious passing situations. They were actually No. 99 nationally in rushing defense by S&P+, and only one team in the SEC (Ole Miss) allowed more than their 195 rushing yards per game a season ago.

The team needs to be better in that area, and that starts with defensive lineman Javon Kinlaw. Named a preseason second-team All SEC player along the defensive line, Kinlaw is coming off a junior year where he recorded four sacks and nine tackles for loss.

South Carolina doesn’t have the overall team talent of a Georgia or Florida. Really, the battle for third place in the SEC East should come between the Gamecocks and Missouri, in a game played at Missouri. Unfortunately, they draw a brutal schedule. The final two games of the season are at Texas A&M, and then Clemson at home. South Carolina is better than they get credit for. But it’s still really hard to envision a path to eight wins. Seven even seems generous.

Prediction: 6-6, Fifth in the SEC East