Around the SEC: Texas A&M 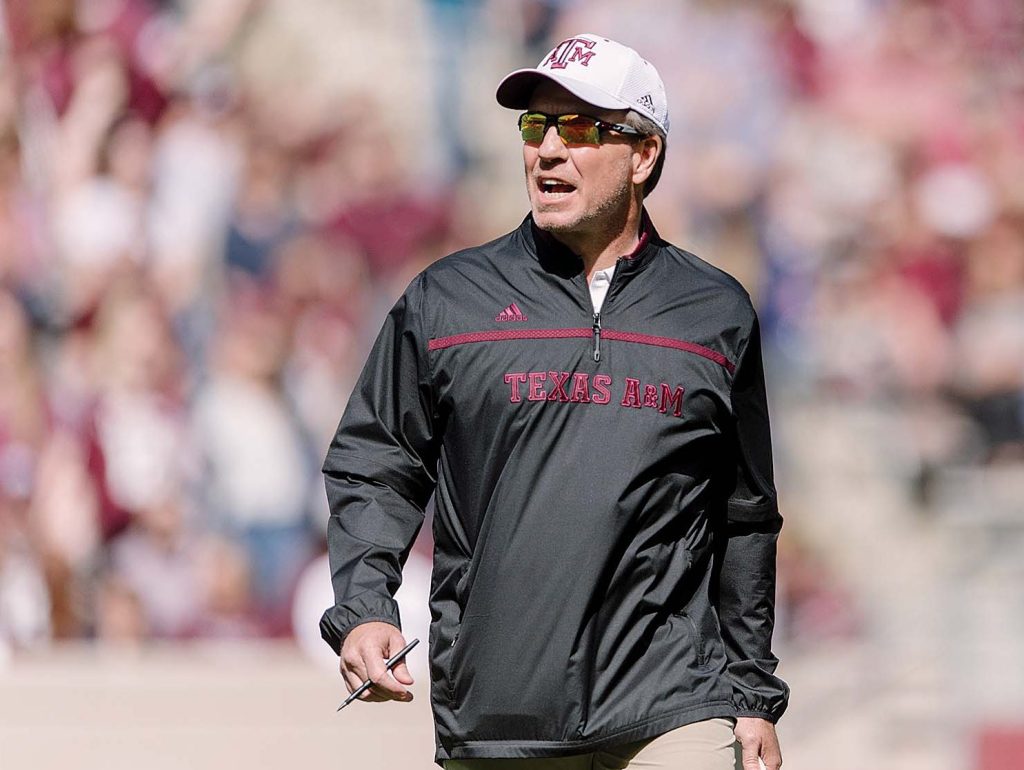 Jimbo Fisher’s task of elevating Texas A&M in the SEC West comes with one of college football’s most lucrative contracts. (Texas A&M Athletics)

Editor’s note: Texas A&M takes us to part 14 of a 16-part series, examining every team in the SEC, plus three bonuses, correlating with the three FBS Ole Miss non-conference games. We’ll preview one school nearly every day, alphabetically, until all 16 are completed. Last week, we previewed South Carolina. Today, the Texas A&M Aggies. For each of the schools in the series, see the bottom of the article.

Kellen Mond might be the best player in the Southeastern Conference that no one knows about.

In 2018, Mond’s first year in new head coach Jimbo Fisher’s system, his numbers saw a simply preposterous jump from the year before. As a freshman, Mond totaled just over 1,700 total yards, scoring just 11 times. A sophomore In 2018, he accounted for 3,581 Aggie yards and got in the end zone 31 times. Can part of that jump come from an extra year of experience? Of course. But a big part can be attributed to the new coaching staff. The Jimbo Fisher era has begun in College Station.

Mond’s progression is going to be even more critical in 2019 – the Aggies lost their leading running back and receiver from last year to the NFL. Replacing over 2,000 yards from scrimmage from Trayveon Williams won’t be possible with just one person. It’ll come down to Mond and former four-star sophomore running back Jashaun Corbin to do so.

One of the strengths of last year’s Texas A&M team was their consistency in all three phases of the game. According to S&P+ efficiency metrics, the Aggies ranked No. 10 nationally in offense, No. 21 in defense and No. 4 in special teams.

The Aggies defense will look younger this year. There’s a good bit of turnover, but the best players the Aggies lost from that No. 21 defense were two defensive tackles, neither of which were drafted in the first four rounds of the NFL Draft. Returning is their best defensive player, potential first-rounder next year in defensive lineman Justin Madubuike. A year ago, Madubuike totaled 5.5 sacks and 10.5 tackles for loss from that defensive front. Behind Madubuike is Buddy Johnson. Johnson showed flashes a year ago from that linebacker spot, but should be more of a focal point on the 2019 defense.

Texas A&M talk concludes with one massive question: Why on earth did Texas A&M schedule Clemson? The prediction below reflects an identical regular season to the one they had a year ago, despite the fact that this is a team and roster and coach that should win nine regular season games and have a shot a double digits after bowl season. Yet, they play Clemson… at Clemson. For that reason alone, plus the standard daunting schedule that is the SEC West, the Aggies may not appear on the surface as good as they actually are. But there’s no doubt this is a team that’ll be contending for second place in the West behind Alabama.