Tupelo shuts down Oxford in three sets, Chargers drop to 8-4 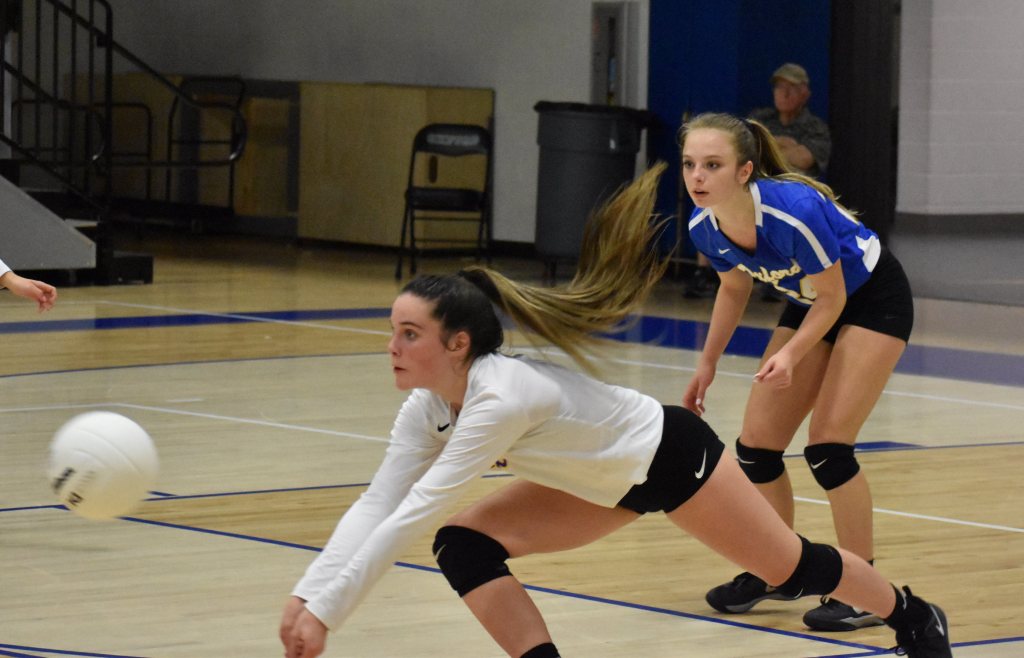 It was really competitive. But at times it just wasn’t. Despite playing well much of Thursday night with Tupelo, the Lady Chargers just allowed too many runs from the opposition, losing to Tupelo in three sets.

“It’s the little things, especially in long rallies like those. We let up on defense and we’re not disciplined, and it’ll always find our hole,” said Oxford head coach Kacie Hengler. “It’s always going to find where we’re not at. It’s what we need to work on and I’ve know that. We just haven’t have a team that exploited that yet. So it was good. It was a good loss for us in the sense that it shows us what we need to work on.”

The Oxford team has relied a lot on their blocking early in the season. On Thursday night they were without one of their best shot blockers in Ainsley Tacke. Missing the game due to a minor concussion suffered earlier in the week, the absence of the six-foot sophomore showed.

Trailing 10-16 in the opening set, Oxford was able to pull the deficit to as little as three before losing the set 17-25. Tupelo junior Mallory Peters really controlled the game in the first set, blocking just about every shot the Chargers hit her way.

Oxford was able to mitigate Peters’ shot blocking ability moving forward, but it didn’t stop the Lady Wave trajectory. In the second set, after Oxford scored back-to-back points to tie the second set at nine, Tupelo went on an 8-1 run. Tupelo would win the set 25-14.

The third and final set was, in essence, a screenshot of the first two. Tupelo pulled back in it after Oxford got an early 5-1 lead. It went back and forth for a handful of points until, yet again, Tupelo went on an 12-3 run to ice the game.

“They just moved the ball around really well. Mallory (Peters) did a great job as a setter and she knows how to run an offense,” Hengler said. “We just couldn’t camp out on one hitter. They had multiple options and they used them all. We just weren’t expecting it.”

Even the junior varsity game earlier in the evening was competitive and entertaining. Tupelo won that one as well, with Oxford winning the first set 25-19 before dropping two in a row 26-28 and 13-15.

At 8-4, Oxford is still perfect in their division. The Lady Chargers play two more home matches next week, taking on DeSoto Central on Tuesday and Water Valley on Thursday.