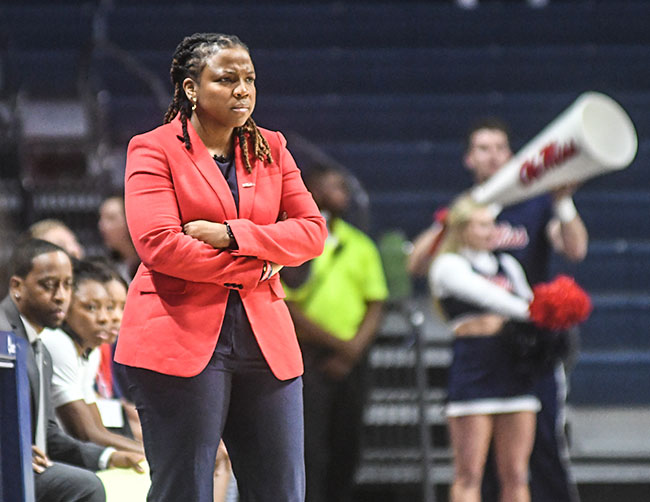 For 24 hours, Yolett McPhee-McCuin had to sit and pray her family was alright as Hurricane Dorian ravaged the Bahamas.

The storm stalled over her native islands for more than a day as it destroyed homes and uprooted the lives of thousands of Bahamians.

The Bahamas had not experienced a Category 5 Hurricane since Andrew struck the islands, 27 years ago.

“We’ve been through a lot of hurricanes in the Bahamas, but a Category 5 hasn’t hit since 1992,” McCuin said. “No one could have anticipated for it to sit and not move for 24, 36 hours. I think that is where the most damage was done, and it was relentless as far as the impact.”

The Ole Miss women’s basketball coach finally heard from her parents and learned all her family members are alive and accounted for, but many others did not receive the same good news or are still awaiting word on their missing family members’ fate.

McCuin could not sit back and live off the comfort of knowing her family was safe. Instead, she took action and is raising funds to go toward relief efforts. She started a GoFundMe page three days ago, and in the first 48 hours raised $25,000 – half of the desired goal. As of Friday morning, the amount was sitting at $27,120 and donations have come from several different sources.

“The relief effort has been fantastic as far as the community just all jumping in and not waiting on the government. Just good people wanting to help,” McCuin said. “(Money) has come from all over. The basketball community, the Oxford community. People that just caught wind of it. It’s been incredible. I’m just grateful for it.”

McCuin was scheduled to fly back home later this week, as her father is being honored with a lifetime achievement award in her hometown on Sept. 13. That is on hold now until airports become operational again. Whenever she is allowed to fly back home, McCuin said she already has plans in place to personally oversee that the funds raised are put in the right hands and going toward the people of her homeland who need it the most.

“The post-traumatic stress is going to be incredible and no one talks about that,” McCuin said. “These people still have to function after watching their homes (be destroyed). … It’s disheartening.”

People who want to donate to McCuin’s GoFundMe page can search ‘Coach Yo’ and will find it, or click here.