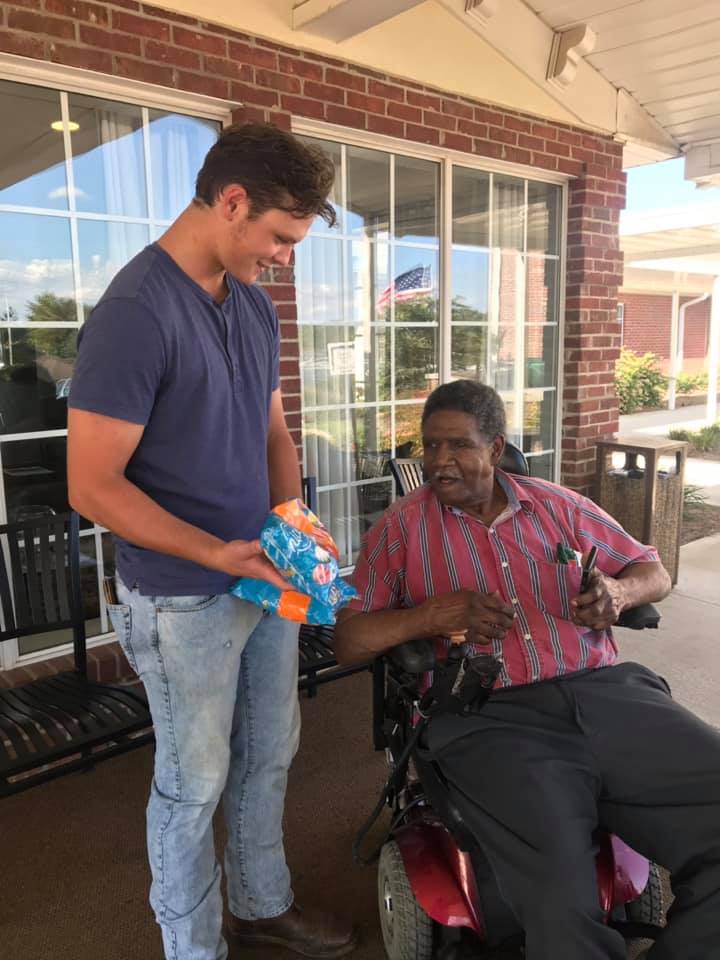 Since John Walker took over as the new Lafayette High School baseball coach, he has been looking for a way for his team to give back. This summer provided him that opportunity.

In July, members of the LHS baseball team visited Oxford Health and Rehab Center and spent time with residents. After that initial visit, the players adopted residents and continued spending time with them. It all falls back one of the core values Walker instills into his team, he said.

“One of the core (values) that we stand on is serving and being a part of something that’s bigger than you,” Walker said. “It’s more so really to get us outside of our comfort zone and realize the world’s a lot bigger than just us. I’m really proud of the effort and the attention these guys have put into it.”

The idea originated when Beth Thompson, who has two sons on the team, met with Walker over the summer. From there, Thompson helped connect Walker with Karen Van Winkle, the activities director for Oxford Health and Rehab.

Lafayette is the first athletic team from either area high school to go to the nursing home as a group and adopt residents. Ole Miss sends some of their football players during the off season on a regular basis, and many players come during the season as their schedule allows.

“A lot of our residents, especially guys, they don’t have a lot of visitors that come in,” Van Winkle said. “All men love sports. So, this means a lot to them to have somebody come that can sit down and they can talk sports.”

Most of the residents the Commodores spend time with are bed-bound or do not leave the center very often.

The experience has really hit home with several players on the team. One player in particular is Chris McCullough. The senior has adopted McArthur Chism and has gone back several times on his own to discuss their shared love of fishing and Chism’s artwork which incorporates bottle caps and birdhouses.

“The reason I go is, most people there don’t have a lot of visitors, even on their birthday,” McCullough said. “I get kind of sad about that.”

The players paired up and were assigned a resident to adopt. That first day with their resident may have been more beneficial for the players than those at the center.

There is not a set schedule of what day players will go, Walker said, but he tries to provide opportunities to go visit on days where practices are not long or non-workout afternoons.

The team is going over to Oxford Health and Rehab on Friday ahead of the Crosstown Classic to spend a little bit of time with the residents. It will be the first time Walker takes them over as a full team, since several players were not in town when they took their initial visit in July.

“Coach Walker is here to make us more of a man and then a better baseball player,” Connor Rucker said. “So, you go in there and you are uncomfortable at first. Getting through that and being able to communicate with them, being a part of someone else’s life (and) just contributing to something that’s bigger than you or even baseball is a good feeling.”

Van Winkle said the residents will keep up with the Commodores’ upcoming season next spring as they try return back to Pearl and compete for a Class 5A state championship.