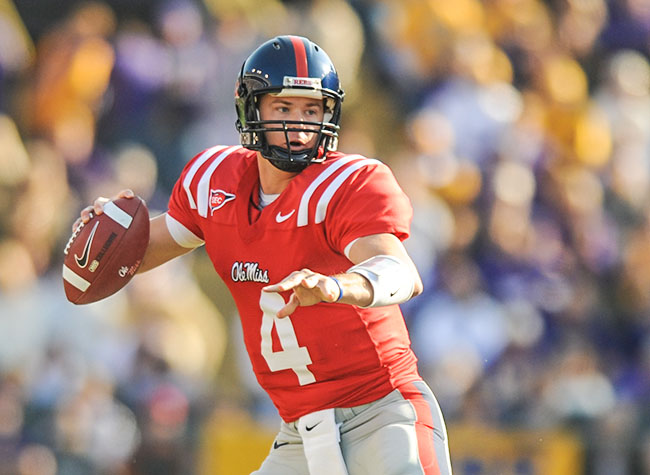 Breaking news out of Austin, Texas this morning, former Ole Miss and Texas quarterback Jevan Snead passed away in his home in downtown Austin overnight. Snead was only 32 years old.

Police are investigating his death, but do not suspect any foul play.

According to Tony Plohetski of the Austin American-Statesman, authorities responded to a call to help unlock a car or apartment in South Congress at 9:08pm on Saturday night. When police arrived on scene, they found what was described as an “obvious death on scene.”

No more information is available at this time.

Snead played quarterback for Texas for one year in 2006 before transferring to Ole Miss. He started two years as a Rebel in 2008 and 2009, throwing for over 5,000 yards and 46 touchdowns in his two seasons. Snead was on-and-off the Tampa Bay Buccaneers roster during 2010, but never played an NFL snap.