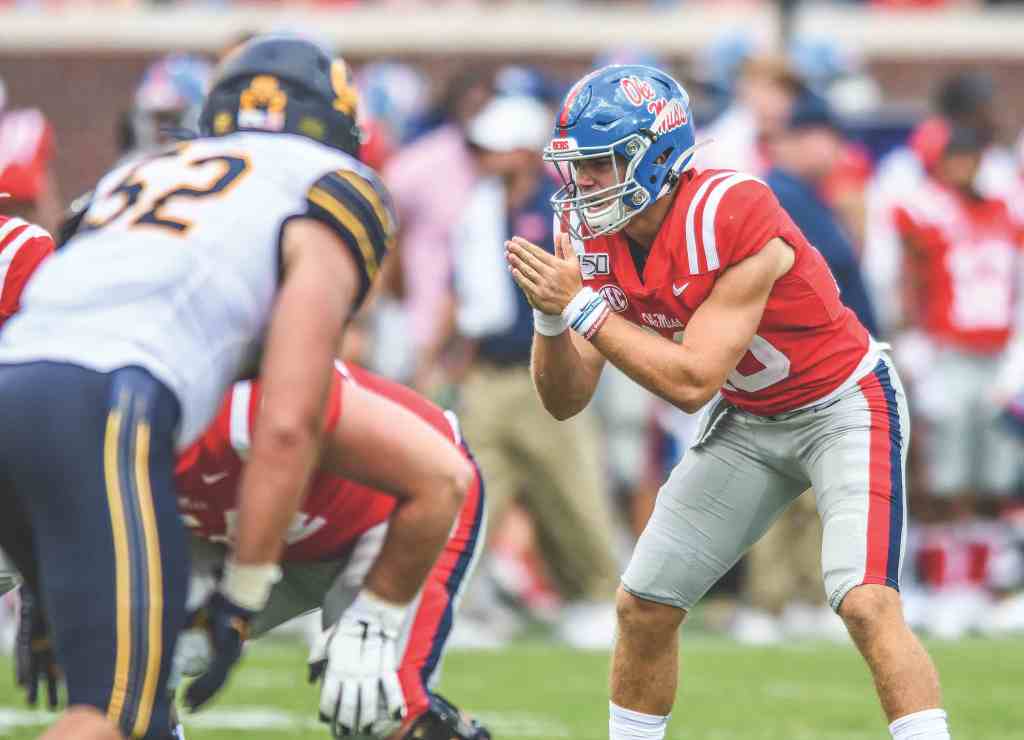 Corral walked off of the practice fields on, heading toward the training room in a green jersey as the stretching portion of practice got underway on Tuesday. Wednesday, he tried a little more, but still no trowing. It’s been John Rhys Plumlee getting all of the work as the Ole Miss starting quarterback in practice with Grant Tisdale sprinkling in with some first-team reps.

Neither Plumlee nor Corral were made available to the media after practices this week. With practice only open for the first 45 minutes or so on Tuesday, information from Cooley on Tuesday and Matt Luke on Wednesday is all we have on the quarterback situation at this point.

“We got a freshman, we got 10 in. I like him,” Cooley said, speaking of Plumlee, who wears the number 10 jersey. “He’s a young guy, but if feel like he’s ready. He has a lot of energy, and I think he can step up to the challenge.”

Rebel coaches made it known on Monday that there’s a chance both quarterbacks could play Saturday against Alabama. That said, based on the way they worded statements, it seems to still be Matt Corral’s job when healthy. As the most experienced quarterback on the roster, likely that even with just one day of practice, he could start. As we push later towards the weekend, Corral’s availability seems increasingly unlikely.

Corral is dealing with a rib injury sustained against Cal last weekend. These sorts of injuries make the general throwing motion painful, more painful than running even, due to the type of torsion applied to the torso when throwing.

“Matt’s my boy. So it’s a lot different, because he’s the voice of our team, our star quarterback. We just have to get (Plumlee) adjusted to what we do,” Cooley said. “I like both of them out there. They have their own style to the game, but they both know how to finish.”

Things are a little different without Corral on the field, but at least in the short term, that’s the new normal.