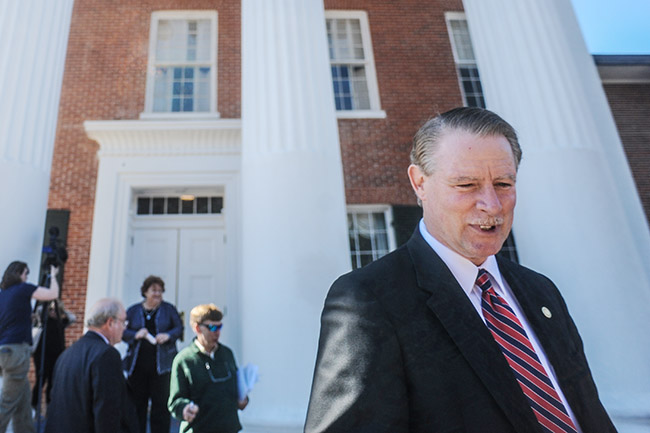 As news broke of the Institutions of Higher Learning’s decision to expedite the selection process for Ole Miss chancellor, one detail seemed to be forgotten: this isn’t the first time Glenn Boyce was hired in such a fashion.

In 2015, Boyce received the IHL’s top job, commissioner of higher education, in an almost identical process. According to an open letter published by Aubrey Patterson, President of the IHL Board of Trustees at the time, this is perfectly within the organization’s operating rights as it relates to IHL commissioner.

“Our policy allows us to use either a 20-step process that takes several months to complete or, at our discretion, interview candidates that are known to the Board and consider their selection in accordance with an expedited search process,” the letter read. “These candidates may be internal candidates from one of the universities or other candidates that the Board believes should be considered.”

However, the letter also specifies that the policy for internal candidate interviews should be conducted early in the process and prior to the hiring of a search consultant. In this case, although he was hired by the University of Mississippi Foundation and not the IHL, Boyce could be considered one such search consultant.

Boyce took over the IHL in the months following the organization’s decision to discontinue then-University of Mississippi Chancellor Dan Jones’ contract.

“I can tell you it will be an open and transparent process,” he said of the search for Jones’ successor.

That successor ended up being Dr. Jeffrey Vitter, who served two years at the University, from January 2016 to January 2018.

Boyce announced his retirement from the IHL shortly after Vitter’s departure in February 2018. He was replaced by Dr. Alfred Rankins.

Glenn Boyce to be named University of Mississippi Chancellor…