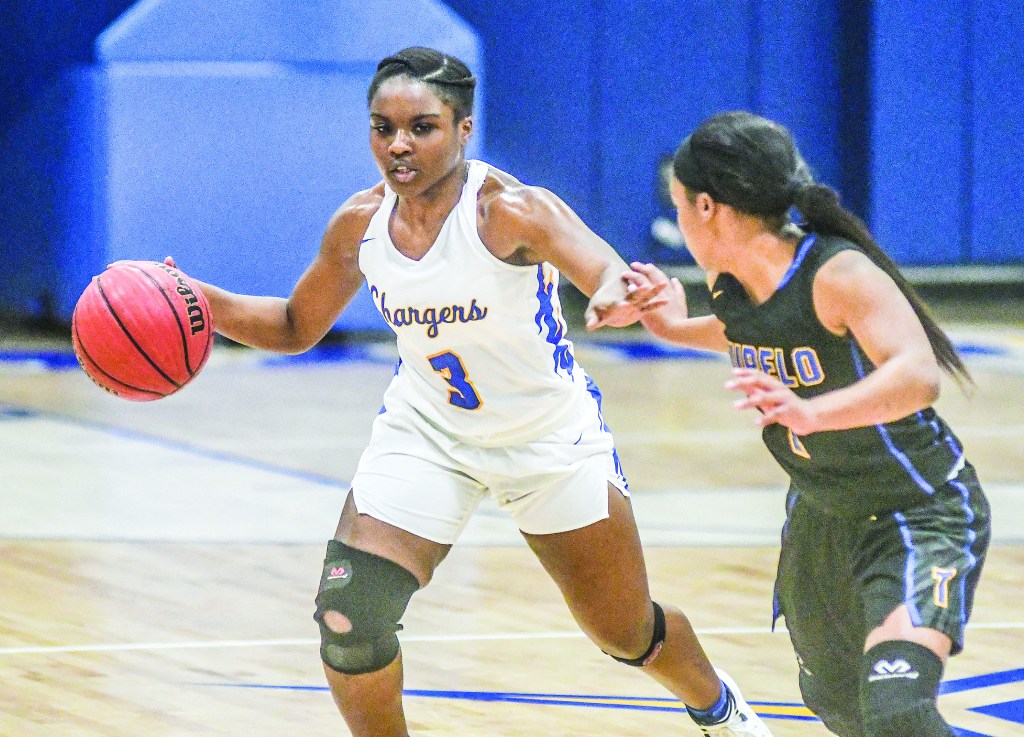 The challenges presented to the 2019-2020 Lady Charger basketball team is simple.

It’s one that all high school teams face from time to time. They lost five seniors, including their leading scorer, from a year ago.

This year’s team is searching for girls to step up, and much of that production is going to have to be replaced by some freshmen and sophomores. It’s a fun opportunity for a coaching staff, but not one that comes without its growing pains.

“We’re going to have to count on some young girls to step into major roles,” head coach Cliff Ormon said. “It’s a young but talented group that, hopefully, will be growing as the year goes on. At the end of the year, if we’re playing well, it’s going to be because these young girls have taken hold of some roles on our team and developed as the season goes on. I’m excited to see where we’ll go.

“When you’re young, you have learning days and days that are frustrating. But every once in a while, someone’s going to call and say, ‘Where did this kid come from?’ There’s some athletic potential. And if it clicks, we’ll have some pretty exciting moments in Oxford basketball coming up.”

It’s not that Oxford doesn’t have any seniors on this team; Saniah Campbell and Kemariah White have played their fair share of minutes for the Lady Chargers in the past. But now as the veterans, they’re going to be the girls that opposing teams key on.

The team is going to play several underclassmen, but perhaps none will be asked to step up like sophomore Addison Howell. Howell played some as a freshman a year ago, but Orman and Co. have asked her to raise her level even more. A team without a ton of size, Howell (at 5-foot-8) is one of the taller girls on the team. Therefore, they’re going to be asking her to play a handful of positions.

In reality, senior Caliya Toles is the team’s only true post presence. At 6-foot-1, Toles played in just about every game last season as a junior, but averaged just 2.8 points. What this team they really needs Toles for is her post defense and rebounding – she averaged 6.9 rebounds as a junior.

“If she’s playing to her capabilities, it gives us a huge advantage inside,” Orman said. “Just altering shots – she doesn’t even have to block them. Just being a presence in there allows us to play some pressure defense outside and count on her to clean up some things around the goal.”

Two true freshmen, Audria Houston and Miracle Joiner, are going to dress varsity and play this year for an Oxford team that went 15-15 last year, struggling down the stretch.

Last season, the team won just three of their final 12 games of the season, something Orman credited to a team that just didn’t improve as much as they needed to over the course of the year. With a young team like the Lady Chargers have in 2019-2020, that ability to improve daily and weekly will be even more important this season.

“It can definitely be a challenge when you’re asking a freshman or sophomore to play a role of a junior,” Orman said. “But it’s also exciting to see when they get it, when it actually clicks. All we’re really asking is for them to compete their best every day, day in and day out. Because 6A basketball is going to challenge us every game.”

Oxford opens the season Nov. 2, a game against Itawamba Agricultural on the road in Tupelo.