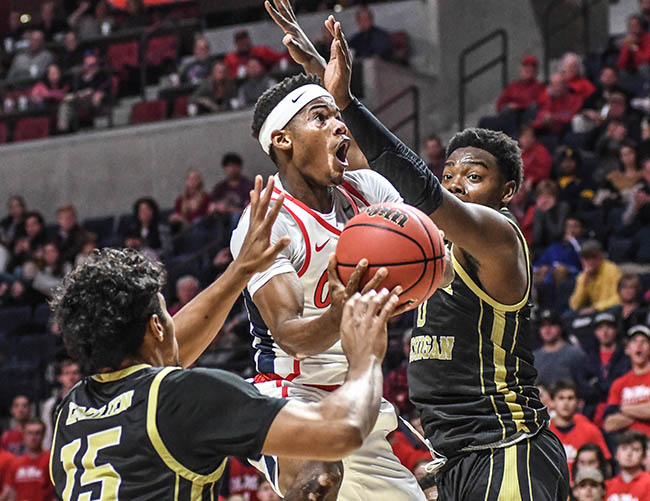 Luis Rodriguez added 10 points and a team-high six rebounds for Ole Miss
(3-0), who led 40-32 at halftime and opened the second half with a 11-2
run that ended any Western Michigan (3-1) comeback hopes.

BIG PICTURE
Western Michigan: Coming off an uncharacteristic 8-24 season, the Broncos
looked more like the Steve Hawkins-coached teams that won eight
Mid-American Conference West titles in the past 15 seasons, at least in
the first half. Johnson and Flowers are a formidable one-two punch
offensively, but the Broncos had difficulty stopping the Ole Miss from
penetrating to the basket and had no answers in the second half.

Ole Miss: The Rebels keep winning and using multiple player combinations
– but the perimeter combination of Shuler and Tyree continues to impress
most. The Rebels rotated three freshmen inside – Khadim Sy, Carlos Curry
and Sammy Hunter – with each providing solid minutes and productive
numbers. Shuler had seven points to start the early 16-0 run and the
Rebels never looked back.