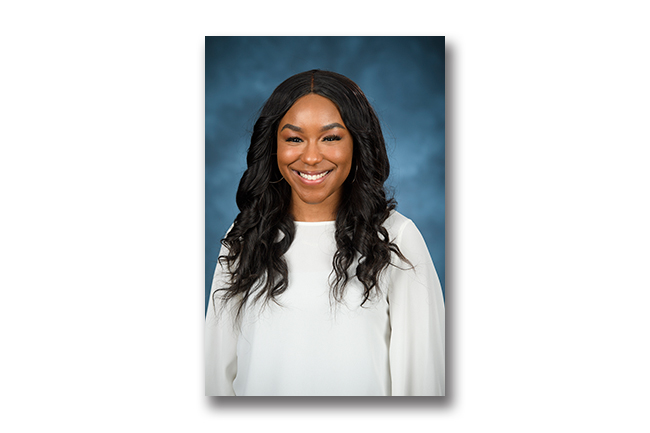 Arielle Hudson made history on Saturday.

The University of Mississippi student became the school’s 27th Rhodes Scholar, making her the first African-American female from UM to be selected for the international scholarship program.

Recipients were announced on Saturday, following a two-day interview process with officials from the Rhodes Trust on Nov. 22 and 23 in Birmingham, Ala.

“It’s so surreal (to be selected as a Rhodes Scholar),” Hudson said. “It’s an amazing honor, and I am so grateful to have the opportunity to further walk in my purpose and to represent Mississippi.”

Hudson, a Tunica native, is a senior English education major and graduated from the Mississippi School for Mathematics and Science in 2016. She came to Ole Miss after accepting a full scholarship from the University’s chapter of the Mississippi Excellence in Teaching Program (METP).

As a Rhodes Scholar, Hudson said she plans to pursue dual master’s degrees in comparative social policy and comparative international education before returning home to the Mississippi Delta to fulfill her five-year teaching requirement as a METP scholarship recipient.

“Arielle’s selection as a Rhodes Scholar is an elite accomplishment and an outstanding reflection of her intellectual, personal and leadership skills,” Ole Miss chancellor Glenn Boyce said. “As the University’s 27th Rhodes Scholar, her success on the national stage signifies our prominent role in producing strong leaders and programs.”

With original plans to attend the University of California at Berkley, Hudson said she chose to use the METP scholarship as an opportunity to come to Ole Miss and follow in the footsteps of her mother, Tammie Turner. Turner earned two degrees in education from Ole Miss.

“I always thought I would go to an out-of-state school, but when I received the scholarship, I started to think about how I would make a difference here,” Hudson said. “So, I decided to go for it.”

The Rhodes Scholarships, founded in 1902, bring 32 high-achieving students from around the world to the University of Oxford in the United Kingdom each year. Rhodes Scholars receive tuition, travel, room and board and a living stipend for two years, with a possible third year added.

With Hudson’s honor, Ole Miss retains its position as one of the top universities in the Southeastern Conference in terms of Rhode Scholars. The school continues to stay tied with Vanderbilt, who also had a student named to the program this year.